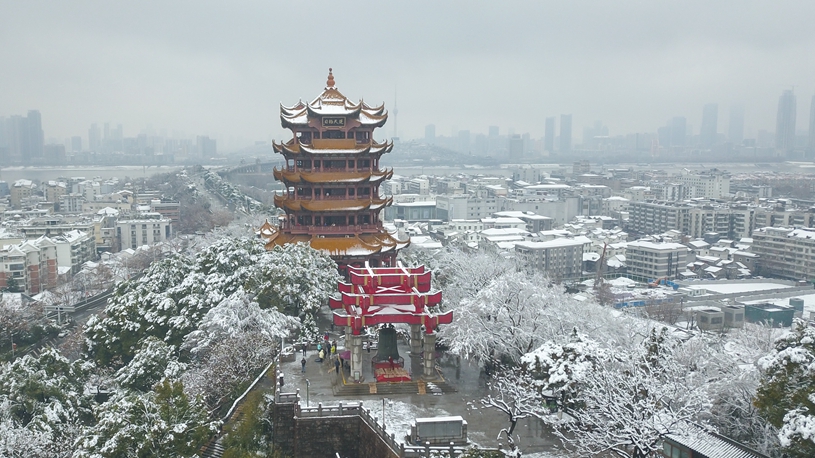 By Erik Solheim for China Daily

Stockholm, Feb.22(ChinaEuropeDialogue,CED) — February marks the 50th anniversary of an epic moment in history. In February 1972, then US president Richard Nixon arrived in China as the first US head of state to set foot on the Chinese mainland. Chinese premier Zhou Enlai said to Nixon, “Your handshake came over the world’s vastest ocean－25 years of no communication.”

Undergirding this remarkable chapter in history was premier Zhou’s pragmatic wisdom of “seeking common ground and reserving differences”. Zhou invited  then US national security advisor Henry Kissinger to Hangzhou to sort out critical issues. Thus, the “Hangzhou spirit “was born－China and the United States focused on finding common ground. Pragmatism triumphed over dogmatism.

At a time of great global uncertainty and anxiety, the US and China should draw from the same diplomatic and strategic wisdom and once again focus on cooperation while managing differences.

For bilateral collaboration, the US and China can work on a series of issues including climate change, the COVID-19 response, economic recovery, trade normalization, global peacekeeping and a lot more. A good working bilateral relationship will not only benefit the US and China as the two giant ships leading the world fleet, but also all the other countries sailing in the global sea.

Conversely, if the two countries plunge into a new Cold War, everything will be set back. In a world marked by decoupling, we will see thwarted scientific development, as well as efficiency losses in the highly-interconnected global economy. Just look at what is happening in the microchips supply chain. Everything will be more difficult, whether it’s the 2050 net-zero target, the green recovery from the COVID-19, global trade, or world peace. The effects of climate change will take the harshest toll on poor and otherwise marginalized communities.

How should the world’s two largest economies once again shake hands across today’s vastest ocean? The answer is simple－revive the Hangzhou spirit, focus on mutual respect, equality and cooperation for common humanity.

The US dominated its own hemisphere for the first 100 years of its existence. It dominated the entire world for the next century. The US must come to terms with the fact that China is an equal global leader and that we live in a multipolar world where Europe, India, Indonesia, Russia, Turkey and many other powers want their say.

China on its part should reduce US-countering rhetoric in its domestic communications, accept fair criticism from other nations with less sensitivity and rein in inappropriately aggressive diplomacy. The US can learn from China in focusing on peace and poverty alleviation. China can learn from the US in building alliances with other countries. The areas of mutual learning are plentiful.

One area where joint leadership is most urgent is the fight against climate change. The planet is already experiencing unprecedented fires, droughts, floods and other extreme weather events. These threats will only intensify as the world continues to warm.

Fully realizing that urgency, Chinese President Xi Jinping and former US president Barack Obama shook hands and prepared the ground for the Paris Agreement in 2015. A similar leadership was provided last year in Glasgow when the climate envoys of the two countries, Xie Zhenhua and John Kerry, outlined common strategies to fight global warming. To sustain that momentum, the Hangzhou spirit of compromise and pragmatism is needed. So too is the ability to see what the world looks like from the other’s perspective.

All historical analogies are imperfect, but some analogies are useful. In The Sleepwalkers: How Europe Went to War in 1914, British historian Christopher Clark details the mutual misunderstandings and unintended signals that drove the crisis in the run-up to the outbreak of World War I. Every European nation saw the world from its own perspective. No national leaders managed to put themselves in other nations’ chairs, to contemplate how Berlin looked from London or how Moscow looked from Vienna. That is a time-tested recipe for disaster. What would a joint climate leadership look like?

The US and China should join hands to lead the world politically, setting out their common ambitions, punishing those who don’t want to act, creating a global can-do atmosphere.

China is now a global leader in nearly all green technologies at scale. But many breakthroughs were initially made in the US. Companies such as Tesla and Microsoft are global green business leaders. Increased US investments in green sectors in China and similar Chinese investments in the US will help exchange advanced technology and drive the urgent rise of green sectors.

China and the West face similar policy challenges－such as how to avoid rising inequality and how to develop social security while keeping their economies dynamic. Exchange of best political practice between China and the West can help us make a fair transition. While the green shift is overall beneficial for the vast majority of people, it may be easier for California or Guangdong province to move ahead in the fourth industrial revolution than for the industrial hinterland of both China and the US.

The Belt and Road Initiative is yet another area where cooperation should be increased. At least 140 countries are now beneficiaries of this initiative, which promises to be a major green investment vehicle of this century. When the Build Back Better World initiative was launched at the G7 summit last year, the US highlighted it as a competing initiative. That is counter-productive for both the US and the world. The Belt and Road Initiative is a real one with numerous projects. As of now, Build Back Better World is still an idea, a media opportunity. It is without budget, secretariat or any sort of program. It’s unlikely that the US can effectively compete with China in providing green railroads, or solar and wind power to developing countries. The US will first need to develop its home base in these areas. The two initiatives should be seen as complementary rather than competitive.

Protecting nature gives many opportunities for cooperation. President Xi’s vision of a Beautiful China has mobilized green development in China－new national parks, tree-planting, ecological redlining, a fishing ban in the Yangtze River. Similarly, President Joe Biden has made great initiatives to revitalize nature protection in the US, and the US was the first country in the world to establish national parks. Based on the Kunming Biodiversity Fund, the two nations could develop many useful initiatives to protect our vulnerable shared home.

In the Indian Vedas, it says that “the whole world is one family”.That’s exactly what premier Zhou and secretary of state Kissinger found consensus on with the Hangzhou spirit－we are in it together.

The author is president of the Belt and Road Initiative Green Development Institute and former executive director of the United Nation Environment Programme. The author contributed this article to China Watch, a think tank powered by China Daily. The views do not necessarily reflect those of China Daily.