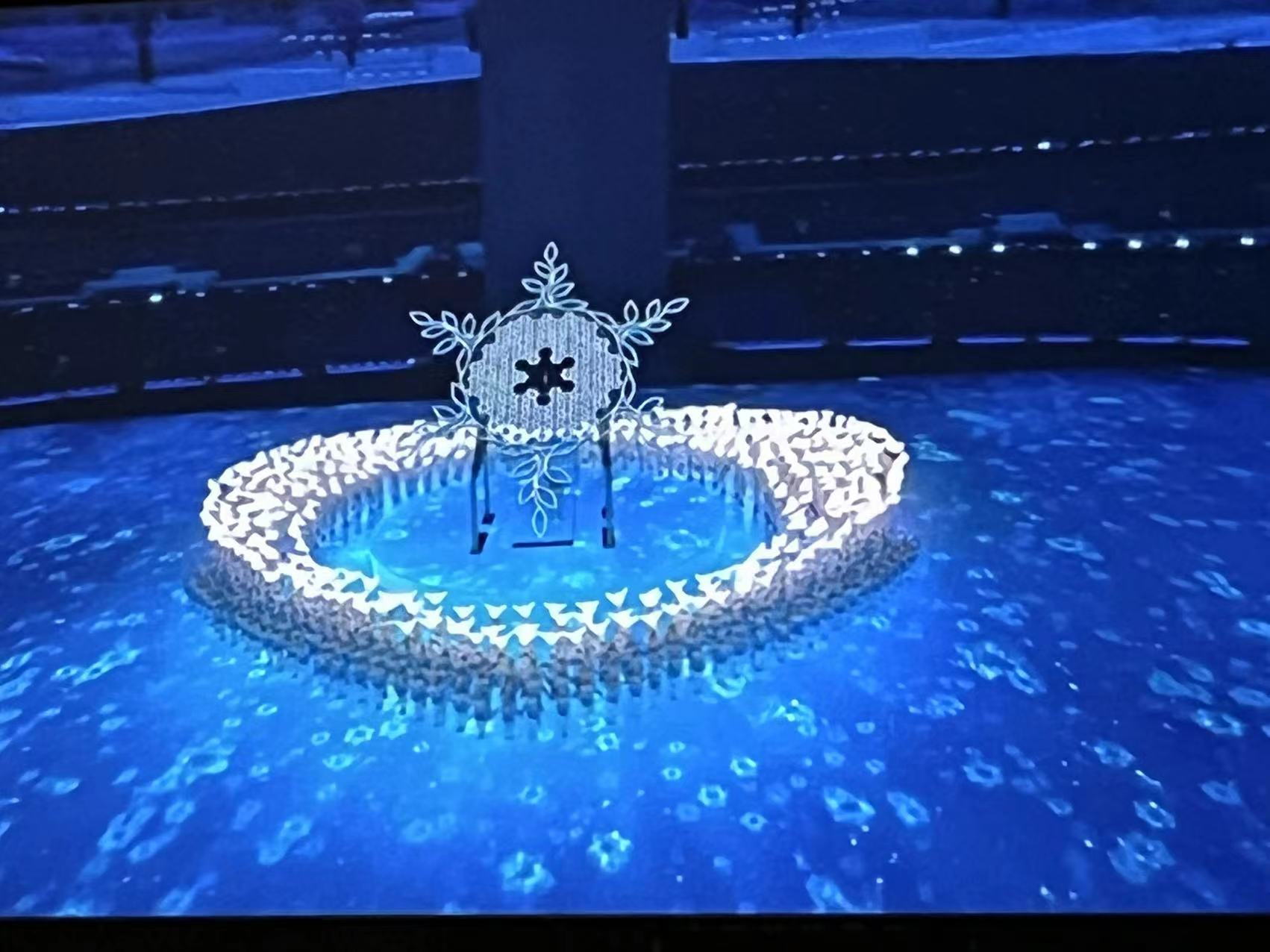 Thanks to dedicated efforts, the Beijing 2022 Winter Olympic Games can claim to be the first carbon neutral Games.

First, the venues are powered by renewable energy. All the venues are being powered with solar and wind-generated energy. Take the Chongli district of Zhangjiakou in Hebei province, which is hosting the skiing events, as an example. It has the richest solar and wind energy resources in North China. According to an International Renewable Energy Agency report, Chongli’s Olympic facilities are being powered 100 percent by renewable-generated electricity. All the buildings in the area are supplied with heat from a large-scale solar central heating station as well as from ground-source heat pumps and renewable electricity-powered electric boilers. Big windmills are also producing green power for the Winter Games. A green electric grid has been established in Zhangjiakou. This serves as a model for what China will roll out at larger scale in the years to come.

Second, the vehicles run on clean energy. In fact, Shell started production at its zero-carbon hydrogen project in Zhangjiakou right before the Lunar New Year. The project is expected to provide about half of the green hydrogen supply for fuel-cell vehicles at the city’s competition zone during the Games. According to the International Olympic Committee, fuel-efficient vehicles will account for 100 percent of all passenger cars and 85 percent of all vehicles, including vehicles provided by Worldwide Olympic Partner Toyota.

Third, some of the 2008 summer games venues have been reused. Six of the Olympic summer arenas in Beijing have been retrofitted to serve the Winter Olympics. A former steel mill’s buildings have been turned into the office of the Organizing Committee. The Water Cube for swimming events in 2008 is now known as the Ice Cube, which is the venue for the curling competitions.

According to the International Olympic Committee, natural CO2 refrigeration systems are used at four ice venues－the first time this low climate impact technology has been used at the Olympic Winter Games. It reduces the carbon emissions from the cooling process to nearly zero, and cuts heat waste and energy consumption, too.

To offset unavoidable emissions from cars, air travel and construction, Beijing and Zhangjiakou have planted 47,333 and 33,000 hectares of forest respectively since 2014, generating approximately 530,000 and 570,000 metric tons of forestry carbon sequestration. True some trees were cut to make room for the games, but many more have been planted.

To minimize the impacts on the local ecosystems, especially the wild animals, nighttime construction was reduced, animal pathways were built and artificial bird nests were deployed.

Beijing has become the world’s first city to have hosted both summer and winter Olympic Games. Although it is cold in winter, there is a limited amount of natural snow (despite the heavy snow in Beijing last Sunday). Snow is therefore being made artificially. This may be the future of winter sports in many parts of the world, when winter sports spread to more nations at a time when climate change creates huge obstacles for the sports. Developing green technologies will be critical.

Apart from the green achievements, the Beijing 2022 Winter Olympics is a great endeavor to keep sports going during a testing period in global politics. The Games do reassert the key message to the world: We are all one family and should treat each other as such.

A small group of Western nations are staging a “diplomatic boycott” of the games. But the boycott failed to gain the traction they hoped for and it has flopped. It’s exactly at challenging times that we need such international sporting events as a platform for dialogue, global partnerships and promoting the idea that we are all one family.

In 1980, some Western nations boycotted the Moscow Olympics and four years later the Soviet bloc reciprocated and stayed away from Los Angeles. This only made dialogue more difficult.

The spirit from Beijing Olympics will be inherited this year in Oslo, Norway, my hometown, and we want to remind the world of how sports can help global understanding, building upon the wisdom of the so-called Ping-Pong Diplomacy from half a century ago that broke the ice between the United States and China. To this end, a Chinese team led by former Olympic table-tennis champion Liu Guoliang will duel with a European team headed by his long-time opponent and friend Jan-Ove Waldner. Present-day Champions will add to the excitement. This thrilling event will also place green and blue business on center stage, highlighting green banking, green shipping, ocean, wind and hydrogen, and showcasing some of the best technologies in the field. This is the way forward. Sports can build bridges, and they should not be used to dig trenches.

Beijing has set a high standard for green games. I am confident Paris in 2024 will build upon this and develop the ideas further. The Olympics will help us create a green future for mankind.

The author is president of the Belt and Road Initiative Green Development Institute and former executive director of the United Nation Environment Programme.

The author contributed this article to China Watch, a think tank powered by China Daily.