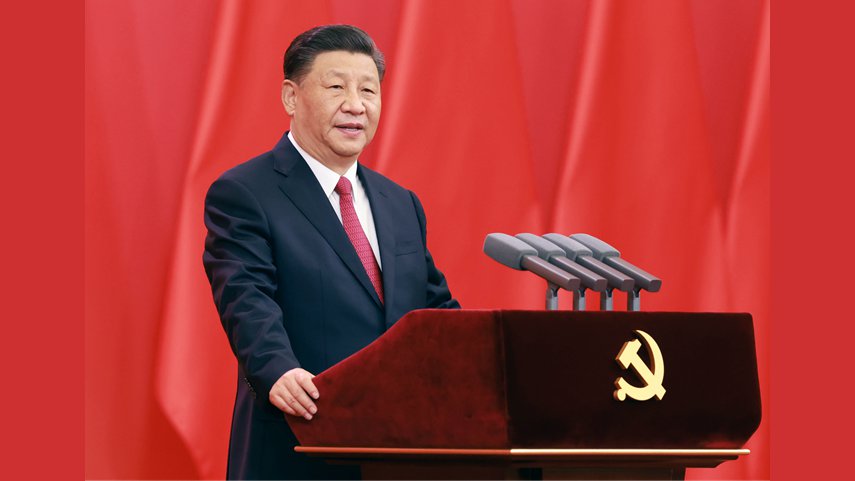 Stockholm Oct. 27 (ChinaEuropeDialogue) — Washington has recently been seeking every possible opportunity to blatantly challenge the one-China principle. The latest political stunt is shouting support for the Taiwan region’s participation in the United Nations (UN) system.

In a statement on Tuesday, U.S. Secretary of State Antony Blinken tried to sell preposterous rhetoric claiming Taiwan’s participation is “not a political issue,” and that the Chinese island is excluded from the global community.

Such remarks are an intentional distortion of the status of Taiwan, a highly sensitive and critical issue in China-U.S. relations, as well as a flagrant provocation against international law and basic norms governing international relations, including the universally acknowledged one-China principle.

Resolution 2758 adopted by the UN General Assembly 50 years ago has solved the issue of China’s UN representation in political, legal and procedural terms once and for all. So far, a total of 180 countries, including the United States, have established diplomatic ties with China on the basis of adhering to the principle.

It is a global consensus that there is only one China in the world, and the government of the People’s Republic of China is the sole legal government representing the whole of China.

In the three China-U.S. joint communiques, the most fundamental documents that have guided the relationship of the two major countries, Washington has acknowledged that “there is but one China and Taiwan is part of China,” and reiterated that “it has no intention of infringing on Chinese sovereignty and territorial integrity, or interfering in China’s internal affairs.”

What Washington has done recently has betrayed its promise and tarnished its political credibility. The reason behind the toxic Taiwan stunt is to disrupt China’s efforts in reunification and development.

Taiwan is an inalienable part of China, and Taiwan-related issues are a matter of China’s sovereignty and territorial integrity, which concern the country’s core interests. Thus, Taiwan’s involvement in the UN is a serious political issue, and not about “values,” as Blinken has claimed.

As a province of China, Taiwan is not qualified at all to become a member of the UN, an inter-governmental organization that only allows sovereign states to join.

But this does not mean that Taiwan is excluded from the activities of the international community. On the basis of abiding by the one-China principle, the island enjoys free access to information from the International Civil Aviation Organization, and its medical and public health experts can attend technical meetings of the World Health Organization.

For years, Washington has been making waves on the Taiwan question with such actions as selling weapons and sending officials to the island for visits. Those provocative moves have seriously undermined the two countries’ political foundation and poisoned bilateral relations.

Beijing takes a consistent and clear stand on Taiwan-related issues. There is no room for compromise or concessions when it comes to China’s core interests. China and its people have a strong determination, will and capacity when it comes to safeguarding the country’s sovereignty and territorial integrity.

Washington should stop colluding with separatist forces in Taiwan and bragging about “Taiwan’s independence” as soon as possible. Any attempts to violate the one-China principle and split the Asian country will end in complete failure. Enditem