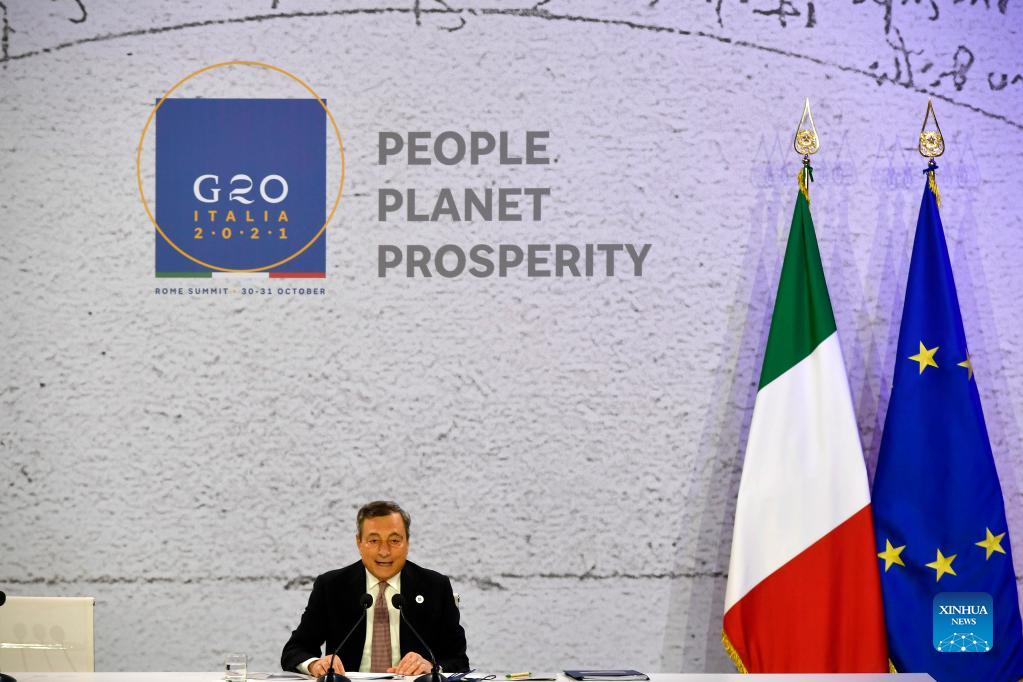 Stockholm, Nov. 1 (ChinaEuropeDialogue) — Rarely before have nations around the world needed to tackle so many overlapping and acute crises at the same time, and rarely before have the stakes been so high if humanity fails to join forces and act as one.

In this age of untold turmoil and uncertainty, an effective leadership, like a compass for a vessel in a stormy sea, is of unspeakable importance.

This is exactly what the global community is expecting from members of the Group of 20 (G20), as their leaders gather offline and online on Saturday and Sunday to discuss some of the most pressing common threats facing mankind, such as COVID-19, global economic recovery and climate change.

Ending the pandemic is the top priority. To do that, the world’s 20 major economies must come together and come up with concrete actions to address the world’s widening vaccination gap.

So far, three quarters of all vaccines have gone to high- and upper-middle-income countries. While less than one in 10 health workers in Africa have been fully vaccinated, that rate in most high-income countries has reached more than 80 percent.

Splashing water onto only a portion of a fire will never extinguish its flames. The same is true for the global fight against the virus and its cunning variants.

Therefore, the G20 members should take the chance to speed up the implementation of the results of the Global Health Summit held in May, by jointly promoting vaccine production, increasing vaccine supplies to vulnerable nations, and supporting the vaccine-sharing program co-led by the World Health Organization.

Besides, the leading players in the world should jointly reject any attempt to politicize, label or stigmatize the pandemic, which only harms the badly needed global solidarity and disrupts the world’s collective drive to beat the disease.

Promoting a more balanced and sustainable global economic recovery is another uphill task.

Across the globe, supply disruptions and inflation are increasing downward pressure on the world economy, with the price of a basket of oil, coal and gas up by 95 percent since May. Employment in many economies is below pre-pandemic levels. And the gap between countries is still considerable.

According to the latest World Economic Outlook released by the International Monetary Fund this month, the global economy is projected to grow 5.9 percent in 2021, 0.1 percentage point lower than the July forecast.

In particular, the major economies should better coordinate with one another to make responsible macroeconomic policies and monetary decisions to avoid knock-on effects in global markets, facilitate the cross-border flow of people and goods, ensure the security and stability of the global economic and financial system as well as the industrial and supply chains, and advance structural reforms to help lift productivity.

In so doing, the G20 members should also reject unilateralism and trade protectionism.

The G20 mechanism was elevated to be the world’s premier platform for international economic cooperation in 2008 and helped the world ride out the worst global financial crisis since the 1929 Great Depression. It can and should invigorate the global economy again.

Last but not least, it is crucial for the G20 members to implement joint global governance in addressing imminent dangers threatening the survival of the human race, such as climate change and biodiversity loss.

As this year’s G20 summit is convened a day before the 26th United Nations Climate Change Conference of the Parties, the pressing global climate challenges will surely top the two-day agenda for the G20 leaders.

According to the Greenhouse Gas Bulletin of the World Meteorological Organization (WMO), the amounts of warming gases in the atmosphere rose by more than the annual average in the past 10 years, which will drive up temperatures in excess of the goals of the Paris Agreement.

Just as Petteri Taalas, secretary-general of the WMO, stressed that there is “no time to lose,” the G20 economies should take the summit as a valuable opportunity to show the world not only their ambition for cutting greenhouse gas emissions and stimulating green development, but also a viable roadmap to achieve those goals.

Ahead of the summit, China submitted two documents on its nationally determined contributions and long-term emission control strategies to the secretariat of the UN Framework Convention on Climate Change. It is China’s another concrete action in implementing the Paris Agreement and reflects Beijing’s determination and efforts to pursue green and low-carbon development.

While China is resolute to join the wider world to mitigate global warming, the Western countries, which are responsible for most of the historical emissions of carbon dioxide since the Industrial Revolution, should shoulder their historical responsibilities and honor their international obligations. They should also do more to help developing countries via financial support and technology transfers, instead of playing zero-sum games.

Humanity is once again standing at a critical crossroads. The whole world is watching whether the G20 members can stand together and lead the way. The clock is ticking. There is no time to waste. Enditem