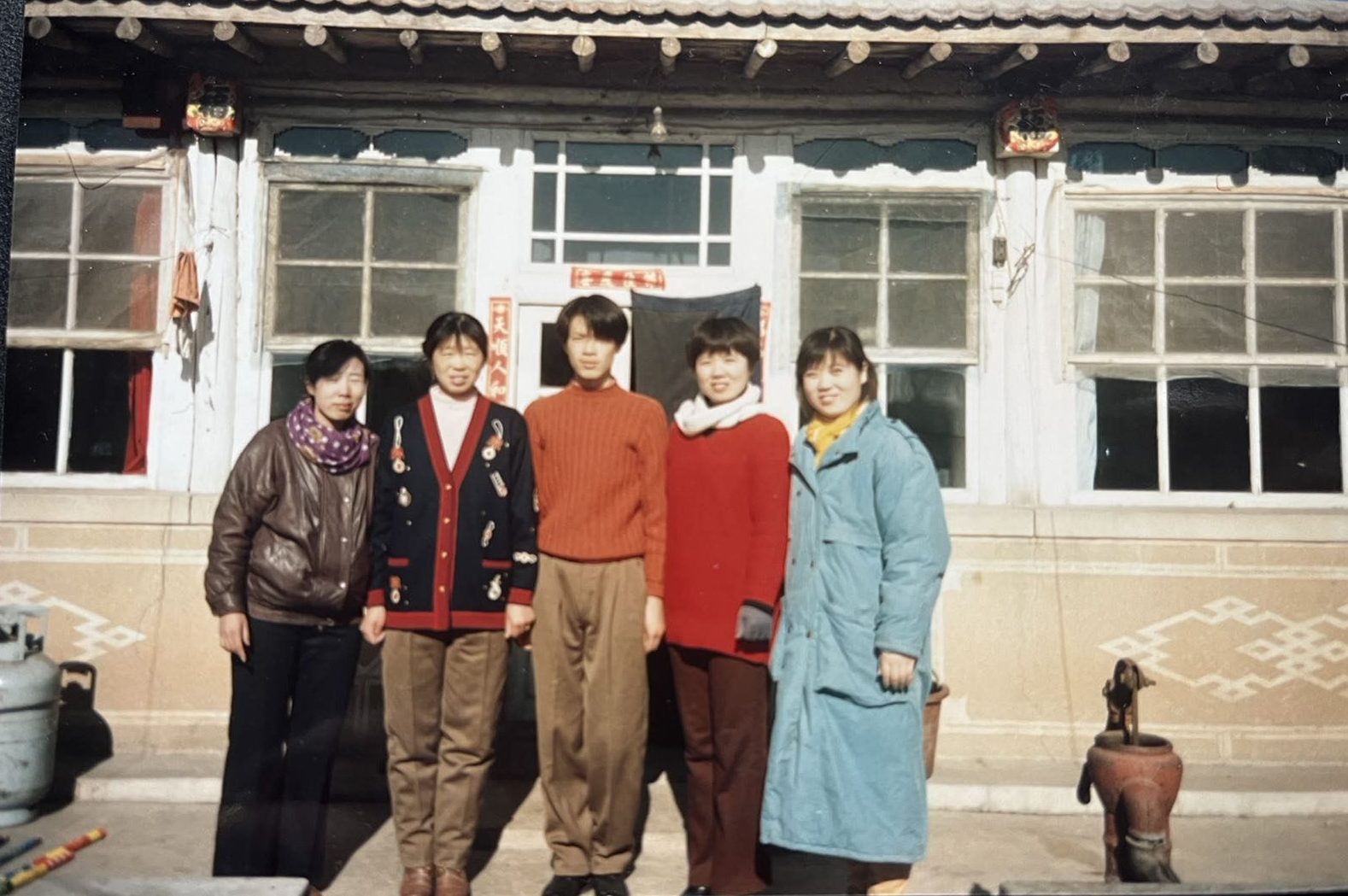 Stockholm, Dec. 27(CED)– Stephanie Van Pelt was my friend in 1995. She was our American expert in English and edited our stories. She was about the same age as me and she had studied Chinese in Hubei Province for a year.

She told me that she used to visit her friend and lived in their home. So I asked her if she liked to come to my hometown to experience Chinese rural New Year celebration. She said yes, she liked. So I told her to come over on the New Years Day by taking the night train on the New Years Eve.

I came back home a day earlier so that I could go out to pick her up at the train station. She said when she was in Hubei Province, her friend must report to the local police and asked whether I needed to ask the police. I said I would ask.

When I arrived at home, I told my brother to tell the police that I would have an American friend. The police came to our home immediately. Mr. Song came over and said there was nothing to worry about, the reporting was just to guarantee her safety and security. As a result, he decided to send a jeep and a driver to me and picked Stephenie at the Railway Station.

We were happily home otherwise we would have squeeze the mini bus which held many other people.

Stephanie could speak Chinese and she could answer my parents questions. I told her that Chinese tradition was different from the Americans. So she has to be prepared that she would be asked that three taboo questions.

She said she understood it. So we had a big lunch with a lot of food and dumplings. My mother asked how your parents were, where they were. Then Stephanie said she had two pair of parents and where they were. Because her parents were divorced and remarried and formed their own families. It was like a surprise for my mother and mother remembered very well. Later she always repeated that Stephanie whose Chinese name was Lin Si’an said “I have two fathers and two mothers”.

In the afternoon we went out to have a walk to the mountains and river. In the evening we all slept in the same big Kang which was very warm. In the morning, she said she was baked on all sides and it was really comfortable.

The Kang or Chinese bed was really warm in the evening and made you relaxed very much and slept well.

After breakfast with gluteny buns, Nian Doubao in Chinese and sour cabbage soup with frozen Toufu and pork as well as sweet potato noodlar, we went to my grandma’s home to pay respect or Bainian.

During traditional Chinese New Year, the sons and daughters will Bainian to parents or grand parents. Sons will Kowtow, daughters don’t need to bend down the knee. The next day or the third day people go to neighbors or other relatives to pay respect and say Happy New Year!

When we were there, my grandma began with the three questions again. “Do you have any child?”, “Are you married?”, “How much do you earn?”

If not married yet then where are your parents? what do they do?

After these questions, my grandma said nowadays your life is much better than my time. When I was just 33 years old, I began to become a widow and took care of three sons and a daughter. Life was so hard for me.

“Just 33, you were so young, why didn’t you get married again?” Stephanie asked. A good question. My grandma’s tears came out immediately.

“No, I never thought about getting married again. I didn’t give a thought about it at all. Our tradition is to follow the first and the only husband from beginning to the end, Jiaji suiji, Jiagou suigou, literally even if you follow a dog or a chichen, you have to follow them for the whole life. It implies that woman must follow one husband all her life. ” Thus to get divorced or remarried were so rare in China at that time.

I never saw my grandma cry before. She was always showing us she was energetic and talked loudly. She was 80 years old, she sat on the Kang every day with her legs intertwined. She talked about politics and asked big questions because she listened to the radio everyday. Maybe that was why she was long live.

Anyway we had a special experience both for me and Stephanie. After that we also went to Banjita and visited the police home.

The police’s home was very clean and bright. We had a very friendly talk and then we came out to visit the free market.

After three days we decided to go back to Beijing. We set off very early and visited the man made lake in Jinzhou. And my sister was with us. She just graduated from Shenyang Normal University but she still wanted to study more especially English. Then Stephanie said she had a friend from Beijing Foreign Studies University and they had an English Training School in Beidaihe.

This contact led to my sister to study English and later took the examination to Renmin University of China to study Intellectual Property Law and later got a Master degree in Law and found a job in Beijing. Of course life was not that easy the road was not that straight. She later came to Beijing to study one more term in order to get a good score to Renmin University and after she got a second Bachelor degree in Law she couldn’t find a job immediatelhy and she decided to study another three years to get a Master Degree. But ziggzagging ways paved her to have a better job later.

A year later when Stephanie finished her work in our radio, she decided to go back to America and found a job to serve both the US and China as a bridge between the east and west.

She had a lot of leftovers and she gave me a plastic wardrobe which was green color and beautiful idylic sceneries. I was so happy to use it for many years.

I remember that farewell night was very cozy and she had a lot of friends around. So I took the wardrobe bag left soon. Later she said you left too quickly without saying goodbye. I said I hate to say goodbye and rather to leave quietly. But I remember you forever.

Yesterday my mother who will be 80 years old in two months mentioned Lin Si’an and we talked about that experience. I thought my mother lost a lot of memories, but she remembered Stephanie and another friend of mine who is also in America.

Therefore I thought I would google up and see if I could find Stephanie and tell her my mother still remember her. But I couldn’t find her. I don’t know where she is now and what she does.

Where are you, Stephanie? Maybe you got married and changed your name?