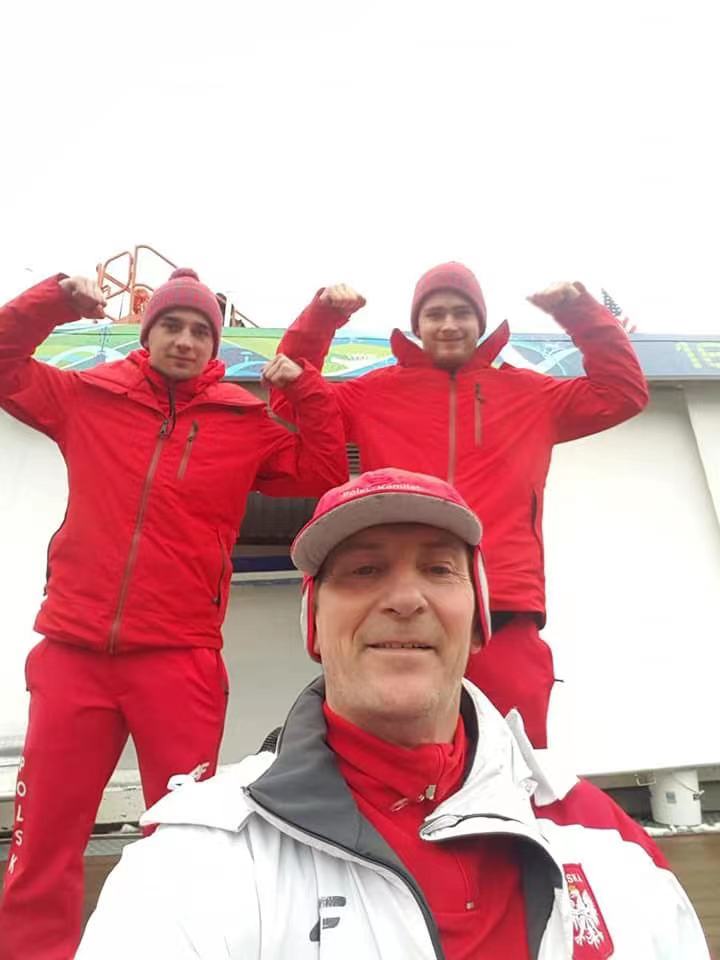 Stockholm, Feb. 22 (Xinhua) — When the coach of Poland’s luge team Marek Skowronski visited the Yanqing National Sliding Center in northwest of Beijing, where his lugers are prepared to fight for medals during the Olympic Winter Games, he was amazed by what he saw and experienced.

“The track is stunning, while the accommodation is the best I have ever experienced at the Winter Olympics,” Skowronski, who has participated in five Winter Games, told Xinhua in a video interview.

Impressed by advanced venues and technologies as well as the effective COVID-19 prevention and control measures, he said the Polish luge team cannot wait to see the Olympic cauldron ignited in Beijing on Friday.

An ice maker sprays water over a sub-glacial Olympic rings on the track at the Yanqing National Sliding Center ahead of the 2022 Winter Olympics in the Yanqing district of Beijing, China, Jan. 28, 2022. (Xinhua/Jiang Wenyao)

The venues for the Olympic Winter Games in 2022 have been divided into three zones or clusters: Beijing, Zhangjiakou, a city of Hebei Province about 180km northwest of Beijing, and Yanqing, a mountainous suburb district of Beijing located 75km northwest of the city center.

Other than luge, Yanqing’s Olympic venues will also stage two other sliding events –bobsled and skeleton — as well as the Alpine skiing events.

The Yanqing National Sliding Center, the first sliding track in China and one of the three only in Asia, offers a seating capacity of 2,000 and another 8,000 standing capacity, according to the website of the International Olympic Committee.

“The track is marvellous. It’s so big and perfect for both coaches and athletes,” said Skowronski, who has been leading the national team for 20 years.

“We can go to the track without umbrellas as we are under the roof in case of snow or rain. The idea is beautiful,” he added.

Skowronski told Xinhua that when he laid on his bed on the first night in Beijing, he could not fall asleep despite the exhausted hours-long flight from Poland, as he was overwhelmed by mixed feelings of anticipation and joy.

A successful performance of his team at the Winter Olympics is at the top of Skowronski’s wish list, but when being asked about what he sees most often in the Olympic Village, the coach said: the smiles.

“All volunteers are very nice and helpful to us. I’m very grateful for that. I admit that I’m really impressed by what I see in Beijing. I have been to five Winter Games so far and in China we have the best accommodation. We arrived in China three days ago, and the Olympic Village was prepared very well,” the coach added.

He bought postcards in a shop in the Olympic Village and said he would write to his family to mark the event, as he believed Yanqing would be the perfect place to make his Olympic dream come true.

Ice makers work over a stencil paper of a sub-glacial Beijing 2022 logo on the track at the Yanqing National Sliding Center ahead of the 2022 Winter Olympics in the Yanqing district of Beijing, China, Jan. 28, 2022. (Xinhua/Jiang Wenyao)

The coach said he knew that the coronavirus may ruin his team’s four years of preparations, as several infections have been reported in his team ever since the team members arrived in Beijing.

“There are medical points. Every morning we have a COVID-19 test near the canteen and then it’s free time. Fortunately, there are no queues during the tests, so everything is OK,” said Skowronski.

“All athletes keep their distance. Everyone wears masks. There is no problem with that. I didn’t see any athletes who didn’t stick to the safety rules. We submit reports of our body temperatures and conditions every day via an app,” he said.

“If we notice anything disturbing, we have a duty to report it. Actually, we were already used to the competition rules during the pandemic,” the coach added.

The closed-loop system plays a vital role in protecting their health and safety during the pandemic, and the daily PCR tests, disinfection and other COVID-19 countermeasures specified in the playbook have been proved effective in the test events so far.

“I regret that we can’t go outside as China is a beautiful country with a great culture. I would like to see the Great Wall,” said the coach.  ■