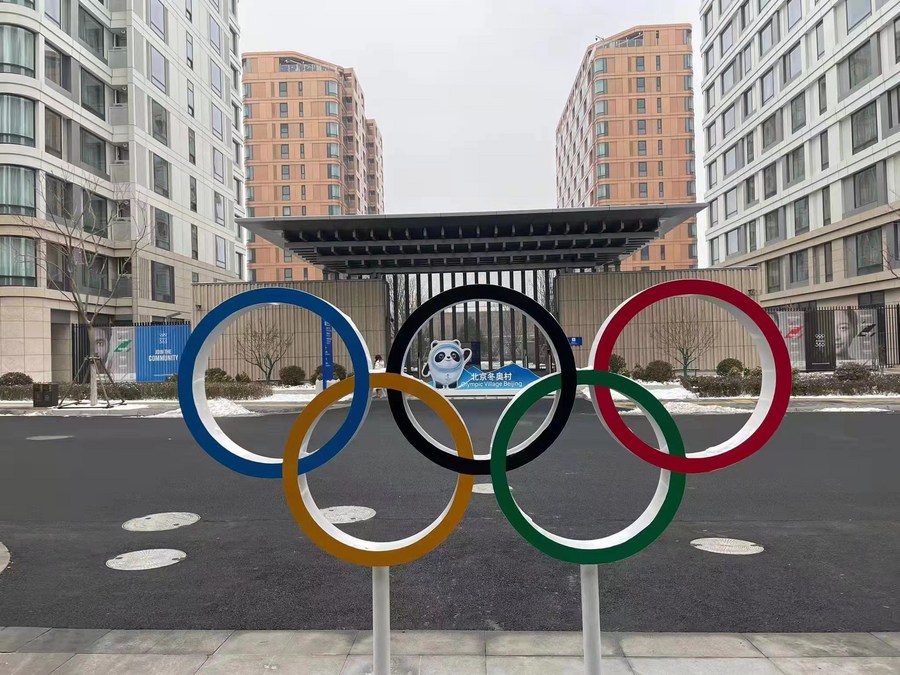 Stockholm, Feb. 22 (ChinaEuropeDialogue CED) — For Ralph Stockli, to attend the opening ceremony of the Beijing 2022 Olympic Winter Games is “an incredible experience” because not only is he the Switzerland’s team leader but also two Swiss architects led the team that collaborated with their Chinese partners to design the opening ceremony venue, the “Bird’s Nest.”

The National Stadium in the north of the Chinese capital, whose elliptical latticework shell has earned it the nickname, will again host the opening and closing ceremonies, which will make Beijing the first city hosting both the Summer and Winter Olympics.

“The athletes are really, really looking forward to the ceremony. It will finally start after so much pressure, so much investment to qualify,” Stockli told Xinhua in a video interview from the Zhangjiakou Olympic village, located in the northwest part of Hebei Province.

The opening and closing ceremonies will be overseen by acclaimed Chinese director Zhang Yimou, who was also the mastermind behind the two ceremonies back in 2008.

The number of performers in the opening ceremony will be cut from 15,000 in 2008 to 3,000, and the spectacle will last less than 100 minutes due to cold weather and the COVID-19 pandemic.

“For us Swiss especially, as everybody knows probably, walking into the Bird’s Nest constructed by Swiss architects will be an incredible experience. We’re very proud of that,” Stockli said.

The eye-catching stadium has been a news maker ever since the unveiling of its blueprint, co-designed by China Architecture Design & Research Institute and Basel-based Swiss architects Jacques Herzog and Pierre de Meuron, among other collaborators.

In all, 168 Swiss athletes will compete in the Beijing Games set for Feb. 4 to Feb. 20, according to the Swiss Olympic, the umbrella organization of Swiss sport and the National Olympic Committee.

A team of 93 men and 75 women athletes will represent Switzerland in 13 out of the 15 disciplines.

Of them, 26 athletes have already won an Olympic medal, while for 93 this will be their first Games. The country’s Olympic delegation will be 350-strong.

Stockli, a successful former curler himself who retired in 2010, said he expected the Swiss team to return home with a handful of gold medals.

“Traditionally, our male and female athletes are very strong in Alpine skiing. Our women’s ice hockey team has also been playing very well — they already won in Sochi, Russia, some years ago.”

“We’re traditionally also very strong in curling. I’ll be cheering for them as a former curler. And then there are our freestyle skiers and the snowboard team — they too stand a very good chance to win some medals.”

“Switzerland may be a small country, but we’re still one of the biggest winter sport nations,” Stockli said.

With a population of 8.6 million, Switzerland is a top winter sports destination, where children traditionally start skiing or snowboarding at an early age. Yet, the country has not hosted the Winter Olympics since 1948.

China is also a strong force to be reckoned with, Stockli said.

As the curling competition kicked off at the Ice Cube on Wednesday, formerly known as the Water Cube at Beijing 2008, China’s Fan Suyan and Ling Zhi withstood pressure to upset Switzerland’s Olympic silver medalists Jenny Perret and Martin Rios 7-6 after an extra end in the mixed doubles.  ■