Xinhua Commentary: Getting China-U.S. ties right is a must 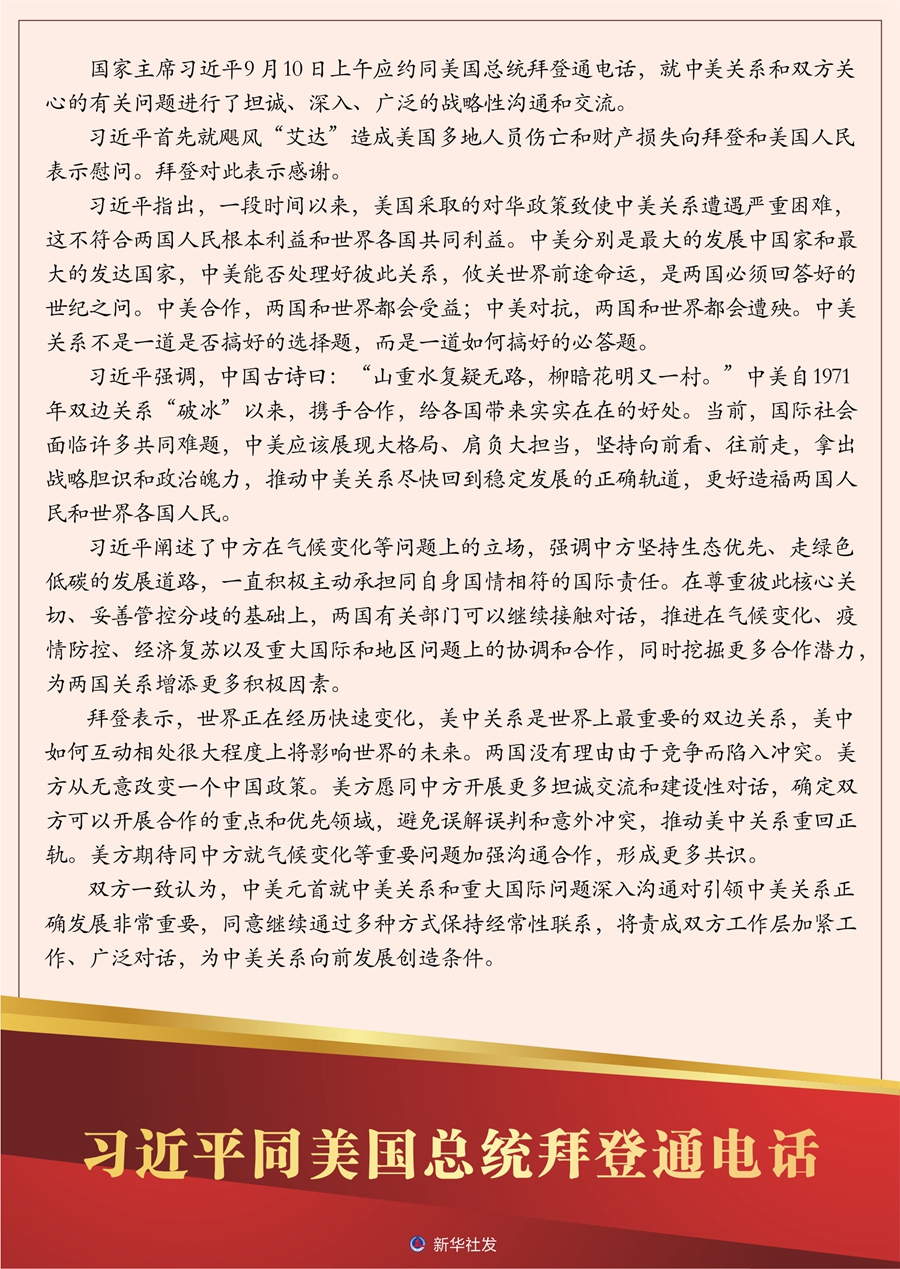 Stockholm, Sept. 10 (ChinaEuropeDialogue) — Getting the China-U.S. relationship right is not an option, but something the two sides must do and must do well.

That is a point Chinese President Xi Jinping stressed in a phone conversation on Friday with his U.S. counterpart, Joe Biden, and also a premise both sides need to bear in mind when managing their relations.

It is true that China and the United States differ in ideology, social system, history and culture. However, if history is any guide, differences are not necessarily hindrances to the development of China-U.S. relations.

Unfortunately, the China-U.S. relationship has over the past several years run into serious difficulties due to Washington’s misguided China policy. And it seems that the current U.S. administration has yet to dispel various deep-seated misperceptions of China, and is still taking its cue from its predecessor on handling interaction with Beijing.

China has always been clear and consistent on which direction bilateral relations should take. As Xi said on Friday, the two sides should look ahead and press forward, demonstrate strategic courage and political resolve, and bring China-U.S. relations back to the right track of stable development as soon as possible.

To that end, relevant departments of the two countries, on the basis of respecting each other’s core concerns and properly managing differences, may continue their engagement and dialogue, and advance coordination and cooperation on climate change, COVID-19 response and economic recovery as well as on major international and regional issues.

It is high time that Washington started to view China’s development in an objective and rational way, and take concrete actions to create favorable conditions for the healthy development of bilateral relations.

In this age of expanding global interdependence, whether China and the United States can handle their relationship well is a question of the century. To that, Washington must join Beijing in providing a good answer. Enditem