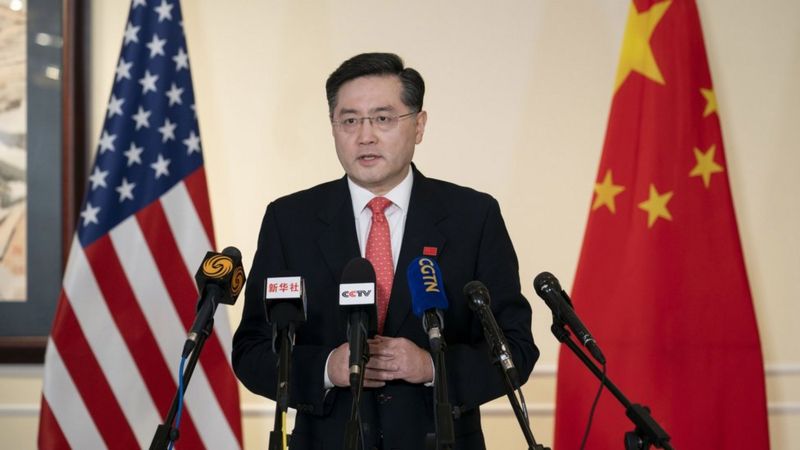 People-to-people relations underpin state-to-state relations and it is hoped that the two peoples will strengthen friendly exchanges, bridge misunderstanding with friendship and replace suspicion with trust, the Chinese ambassador said.

Stockholm, Aug. 19 (ChinaEuropeDialogue) — Chinese Ambassador to the United States Qin Gang on Wednesday said that people-to-people relations are essential to the development of U.S.-China ties.

Qin made the remarks during a virtual meeting with old friends of the midwestern state of Iowa Sarah Lande, former executive director of Iowa Sister States, and Kenneth Quinn, former U.S. ambassador to Cambodia, according to a press release posted on the website of the Chinese embassy.

He expressed high appreciation and respect to them for their long-term commitment to promoting friendly exchanges and sub-national cooperation between China and the United States.

People-to-people relations underpin state-to-state relations and it is hoped that the two peoples will strengthen friendly exchanges, bridge misunderstanding with friendship and replace suspicion with trust, Qin stressed.

The ambassador also expressed his wishes to see more fruitful cooperation between China and Iowa.

Extending welcome to Qin for assuming office, Lande and Quinn said that the U.S.-China friendship has a profound foundation, and they greatly cherish their sincere friendship with President Xi Jinping and Professor Peng Liyuan.

They believed that the stable development of U.S.-China relations meets the common expectation of the two peoples, and that the two countries should strengthen cooperation.