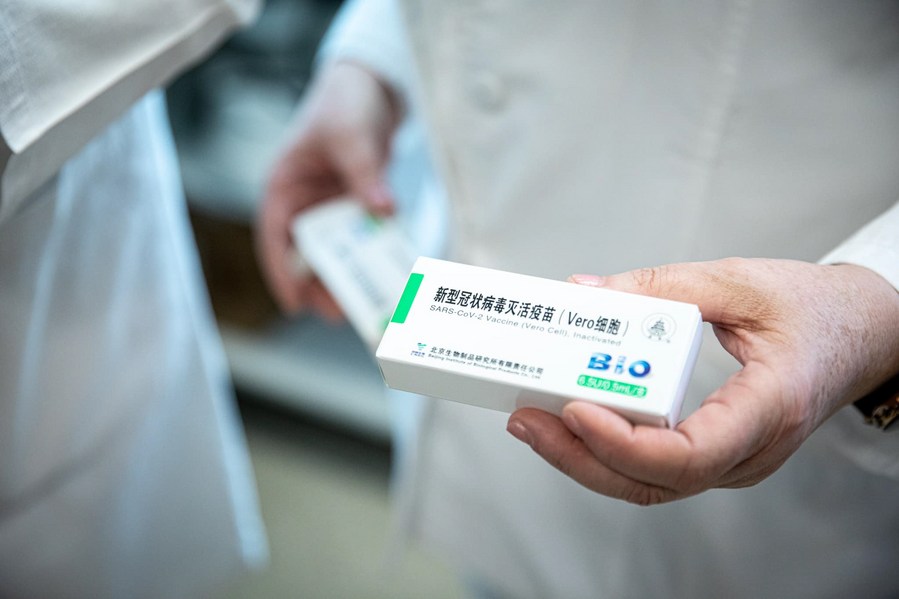 Stockholm, May 4 (ChinaEuropeNet) — Vaccine hesitancy and spreading variants are causing growing concern for the U.S. battle against the COVID-19 pandemic that has killed over 575,000 Americans over the last year.

Health experts sounded the alarm as the country is ramping up efforts to vaccinate its population under President Joe Biden’s administration.

The seven-day average cases, hospitalizations and deaths from the virus in the country have been going down from their highs in recent weeks.

However, the latest CDC estimates using statistical modeling indicated that about 35 percent of all Americans have been infected with COVID-19 over the last year, with 114.6 million infections accumulated from February 2020 to March 2021, including 97.1 million with symptomatic illnesses and 5.6 million hospitalizations.

Some of the discrepancy in the number of cases could be because some people are asymptomatic and fail to get tested, the CDC said, or because even if someone does have symptoms, they may not seek medical care or a test to confirm their COVID-19 status.

To suppress the spread of the virus, somewhere between 70 percent to 85 percent of the U.S. population needs to be immune in order to reach herd immunity, experts said.

The “biggest challenge” for the Biden administration “will be reaching the 20 percent of people who say they don’t want to be vaccinated,” Brookings Institution Senior Fellow Darrell West told Xinhua, adding, “That number is down from a few months ago, but still is a large group of people.”

A new CNN poll showed that a quarter of American adults said they would not try to get a coronavirus vaccine, and Republicans were the group most likely to say they would not seek a shot. Some 44 percent of Republicans expressed that view, compared with 28 percent of independents and 8 percent of Democrats. Resistance to vaccination was the strongest among younger Republicans.

“In the first few months, we were capturing the part of the population that really wanted these vaccines,” infectious diseases expert Dr. Mati Hlatshwayo Davis told CNN on Saturday. “But now we’ve reached the ‘wait and see’ crowd and the outright ‘I don’t want it’ crowd.”

Davis said officials now need to double down on their efforts to address two key challenges of “vaccine confidence” and “access” to vaccines.

The number of willing COVID-19 vaccine recipients is rapidly diminishing and supply will exceed demand in the coming weeks, according to a recent analysis by nonprofit health policy group Kaiser Family Foundation.

“While timing may differ by state, we estimate that across the U.S. as a whole we will likely reach a tipping point on vaccine enthusiasm in the next 2 to 4 weeks,” the Foundation said in its report published on April 20.

“Once this happens, efforts to encourage vaccination will become much harder, presenting a challenge to reaching the levels of herd immunity that are expected to be needed,” it said.

Eleven states have reported a decrease in shots given for three weeks in a row or more, according to a CNBC analysis of CDC data on Sunday.

The “slow erosion of vaccine confidence unfolding over the last two or more months is cause for concern,” the University of Washington’s Institute for Health Metrics and Evaluation wrote in its latest COVID-19 briefing.

A slowdown of vaccine demand could complicate the Biden administration’s efforts to combat the pandemic as virus variants may continue to mutate and spread, the experts warned.

The highly transmissible variant which was first identified in Britain has already become the dominant one in the United States.

“The more virus and viral replication, the virus has more chances to mutate and this means additional opportunities for variants to evolve,” CDC Director Dr. Rochelle Walensky said at a White House COVID-19 briefing on Friday.

Meanwhile, federal and local governments are under pressure to get their economies reopened amid uncertainties.

Darren, a high school teacher outside of Washington DC who declined to give his full name as he was not authorized to speak to the press, told Xinhua that his students often look like they just rolled out of bed when he sees them online, and he faults parents, the school itself, and teachers’ unions for slowing the pace at which the nation’s students return to school full time.

At Darren’s school, students are attending in person once per week, although that’s voluntary, and he said only one or two students actually show up.

Darren said he believes this year out of school could hurt children’s long-term academic success, as well as their mental and physical health, quoting the opinions of leading experts. Enditem