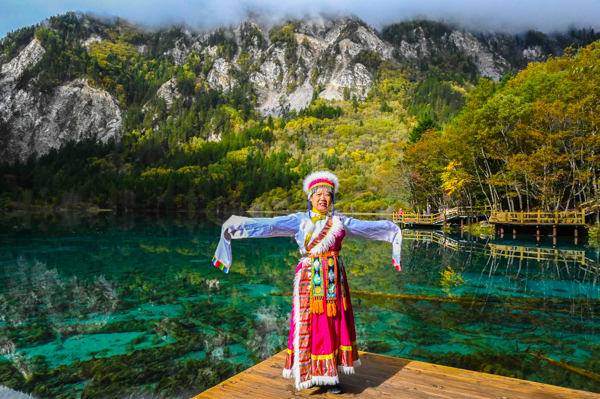 Stockholm, May 4 (ChinaEuropeNet) — Today marks the 102th anniversary of the Youth Movement. That was the first time that the Chinese youth proposed to follow democracy and science, a western idea in development.

Chinese women and man students stood together for the first time to start a revolution in the Chinese society. First thing was to break themselves from the past, forget their traditional marriage arranged by parents, but to find a spouse themselves.

It was first of all a women’s liberation. It was also a liberation of man. They also sought their beloved one by themselves, but not decided by parents.

This movement started from Beijing University. Thus the spirit swept all over Chinese universities.

It turned out the National Party became the ruling party because the founder was Sun Yasen who was a prominent figure in ending the Manchurian ruled Qing Dynasty. He was considered as the vanguard in China’s revolution.

When the CPC was established in 1921, Mao Zedong was just a member of the party. Mao became a powerful leader in January 1935 at Zhunyi Meeting.

Since then a series of events happened and the CPC led army became stronger and stronger.

With Japanese invasion of China, all the parties and people wanted to be united and fought against the invaders. This was why the CPC and NPC cooperated for the second time.

By 1945, Japanese invaders were forced to surrender. But the NPC wanted to wipe out CPC. So the two parties fought a very horrible civil war. Many people died during the war. But the undefeatable spirit of the CPC and the army under its leadership won the battle in Northeast China.

When New China was established, President Mao announced at the Tiananmen Square that Chinese people have stood up!

Since then China began its new democratic revolution and purchased the business from the capitalists. A socialist new China was established. People helped each other in the countryside and industries became prosperous in the city.

The first five year plan was very successful. But the second five year plan saw a hurry up spirit in Maos leadership. During the time when he prepared to retire but not yet, there was hesitations among the leaders what they should do.

In the end, various movements came into being to mainly get rid of various selfish ideas within the party. In 1958, Great Leap Forward took place in China. In 1960, a three year period of difficult time took place. Hunger, diseases and natural disaster took place one after another.

By the way China also joined the Korea War with the request from North Korea. Because the latter was attacked by the US led UN army, it asked Mao to send troops to help them. Worrying about its own border, Chinese voluntary troops were sent to North Korea and China helped North Korea won the war despite a lot of sacrifices.

But since then China was isolated by the US and supported by Soviet Union. But by 1960s, Soviet Union also withdrew its help to China. China had to become independent.

Mao was not feeling safe. Thus he said China should prepare for the war in 1969 because China and Russia or former Soviet Union fought a war at Zhenbaodao Island in northeastern border.

With both US and Soviets isolation, China was too isolated. By 1972 when China became the permanent member of the Security Council, China also considered to establish relations with the US. The two sides had negotiated many times, but by 1972, US President Nixon had visited China.

Mao actually liked America too. He also treated America as a good example in economic and other comprehensive strength. When he was in a hurry to get a lot of steel, it was because of his knowledge about American’s steel production.

Mao said in 1956 that China should make greater contribution to the world by 2000. He was always thinking in the long term.

But by 1976, Mao died leaving China with still a lot of poverty, but the production capacity has improved a lot. At that time, it was not that China could not produce, it was also a mindset that we should not produce more than we need.

By 1978, when Deng Xiaoping resumed his position, he proposed to liberate the productivity as much as possible.

By implementing the household contract system, farmers enthusiasm was mobilized and productivity in the countryside was greatly stimulated.

After a couple of years, farmers already could live a life with enough food and clothes.

Then the city got challenges in providing enough job and how to meet the increasing demand. Chinese economy became hot. But a market force pushed forward the industry to produce more.

By 1989, a black market appeared due to the huge demand and shortage of supply. That also caused corruption. That was why a student movement took place again on May 4th that year and then they went to the Tiananmen Square.

Recalling the past, students can feel at that time they were much innocent and thought they could do everything.

By 1992, Deng Xiaoping called for reform and opening up again. His words are bigger guts and steps.

Then in 1996, a group of real estate developers went to Hainan Island and developed houses. But they failed. Later, Chinese government cancelled welfare housing system to create a huge market for private houses.

By 2001, China joined the WTO and won the rights of 2008 olympics. This two events made China step on the fast train of development.

One driving force is housing ,the other is the automobile industry. And the third is computers. People said the 21st century would be China’s century.

China began to be the world factory to produce everything they needed.

By 2010, the economy was just growing so fast that China became more and more popular.

However, overdevelpment and lack of proper protection of the environment, smog became a big issue in northern China.

By 2013, when Xi and Li became the leader, the pollution reached its peak, Beijing was smoky.

But also starting from that year, China began to take real action to prevent pollution.

But with the greatest efforts made by Chinese government under the leadership of President Xi Jinping and premier Li Keqiang, China isolated Covid 19 to death by April 8th 2020.

Wuhan opened again. But China took strict measures all over China. Man must take masks wherever they go. Test in large scale and most people were not infected. China created a successful story.

However unfortunately the virus were seen in many other countries too. Italy, Spain, Gemany, Sweden and the United States which already experenced a serious flu in 2019. The Covid 19 brought more death and infection.

But China has put en end of covid 19 infection as early as last April. Later, there were a few cases taking place in local areas. But they were like a small fire put out immediately after large scale of test.

China is a mascot of the world.

China provided a lot of masks and other medical products. Many huge companies which produce traditional electronics such as TV, computer, refrigerator began to produce health products.

By 2021, China has announce to wipe out absolute poverty and felt very happy about it. Chinese hard working spirit won them this result.

But the way ahead is still long, people should not be too proud to make further progress.

Looking forward to a even healthier, more equal and clean China.