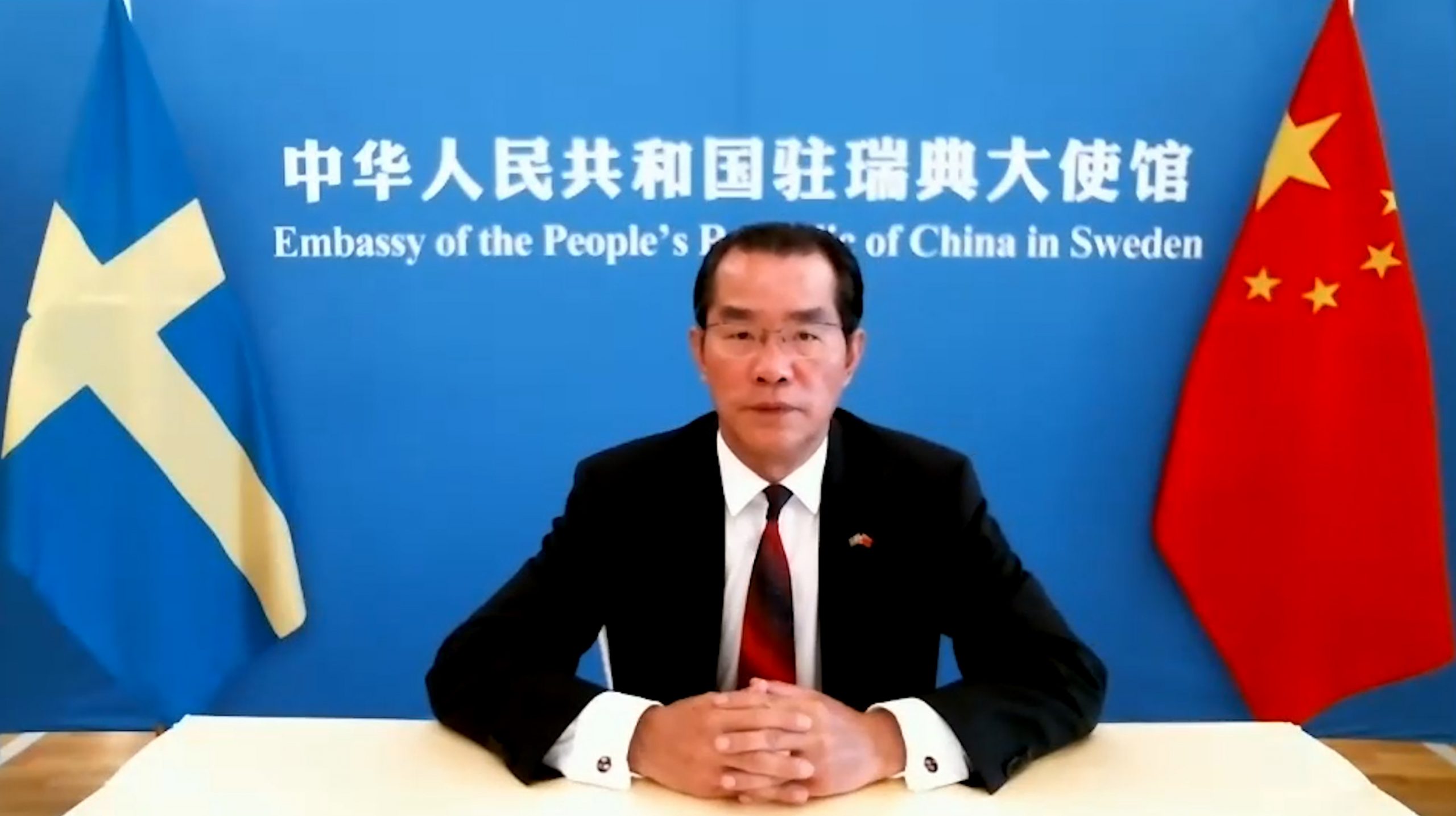 Stockholm, April 15(ChinaEuropeNet) — Chinese Ambassador to Sweden Gui Congyou has said that China’s development will benefit the world including Sweden.

He made the remark at the opening ceremony of Sino-Swedish SME China Day online seminar on April 15. The whole content is as the following:

Friends from the business community,

Good morning! The Swedish government believes that China is very important to Sweden, Chinese market has huge potential. The “China Day” event today is held just at the right time. I highly appreciate friends from the business community, for your commitment to promoting China-Sweden practical cooperation and friendship over the years.

As a Chinese saying goes, “A year’s good work depends on a good start in spring.” As spring comes, Beijing is now in a season of life and cheerfulness. Stockholm has also entered early spring. It may still get cold from time to time, but nothing can stop the coming of spring. Likewise, China-Sweden relations may encounter some disruptions, but the friendly cooperation between the two peoples cannot be stopped by any force.

The first key word is “growth”. Last year, the COVID-19 pandemic put the world economy deep in recession, with investment plummeting and the global supply chain hindered. Under the strong leadership of the Communist Party of China (CPC), the Chinese people managed to get the situation under control in a short period of time, and China became the first to resume work and production. In 2020, China’s GDP exceeded 100 trillion RMB for the first time, up 2.3%, putting China safely at the position of the world’s second largest economy and making itself the only major economy with a positive growth in 2020. China’s trade also hit a new record, making itself the only major economy with a positive growth in trade in goods. Thanks to the strong performance of China’s economy, trade between China and Sweden kept growing despite the pandemic, reaching USD 17.843 billion, up 0.91%. Sweden exported goods and services worth USD 9.478 to China, up 3.65%, achieving another year of trade surplus with China.

The second key word is “100th anniversary”. The fact that China was able to achieve the progress is fundamentally enabled by the strong leadership of the CPC and the commitment to a path of socialism with Chinese characteristics. This year marks the 100th anniversary of the founding of the CPC. In its 100 years of magnificent history, closely relying on the people, the CPC put an end to the history of semi-colonial and semi-feudal society in the country for good, lifted China out of disintegration and disunity, and abolished unfair treaties, realizing a great transformation from thousands of years of feudal autocracy to people’s democracy.

Since the founding of the People’s Republic of China (PRC), the CPC led China to industrialize that took developed countries centuries to achieve, creating a miracle of an economic growth that has been the largest, fastest and most long-lasting in human history. At a gathering to mark China’s role models in poverty eradication in February, President Xi Jinping made a solemn announcement that China has achieved a complete victory in the fight against poverty, raising all 98.99 million rural residents under the current poverty line out of poverty. China has accomplished the arduous task of eliminating absolute poverty, meeting the poverty alleviation goal set in the United Nations 2030 Agenda for Sustainable Development ten years ahead of schedule, a miracle in the history of poverty reduction of humankind. Facts have proven once and again that the key to China’s development is the leadership of the CPC and the path of socialism with Chinese characteristics.

The third key word is “opportunities”. China’s development provides opportunities for the world. The 14th Five-Year Plan and the Long-Range Objectives Through the Year 2035 adopted by the National People’s Congress and the Chinese People’s Political Consultative Conference provide a master plan for China’s development for the next stage. During the 14th five years, China will continue to expand practical cooperation with countries around the world. China will continue to follow principles of extensive consultations, joint contribution and shared benefits, and work with others to build the Belt and Road Initiative together. China will also strengthen coordination of macro international economic policies, defend the multilateral trading system, advance infrastructure inter-connectivity and work for an open world economy. China will speed up international cooperation in the digital arena, and let innovation become a major propeller of global development. China will work to support developing countries’ capacity of independent development, to make global growth more balanced. These measures will inject strong positive energy and stability into the post-pandemic recovery of the world economy, and provide a new round of cooperation opportunities and development space for the international community including the EU.

The fourth keyword is “complementarity”. The Chinese and Swedish economies are highly complementary, with significant potential for cooperation. According to SVD’s latest report, in 2020, 16 Swedish companies made profit of over 320 billion SEK in China. China follows the new development vision of pursuing innovative, coordinated, green, open and shared development. Likewise, Sweden was the first country to propose the notion of “sustainability”. There are promising prospects for the two countries’ cooperation in green economy, low-carbon development, smart city and health. China is committed to high-quality development, and works to meet the 1.4 billion people’s expectations for a better life. During the 14th five years, the potential of the super-sized Chinese market, with over 400 million people in middle income group, will be further unleashed, providing an even greater market for the Swedish business community.

Next, let’s welcome Commercial Counsellor Mr. Han Xiaodong to interact with us.

Let me conclude by wishing “China Day” a full success. Thank you!