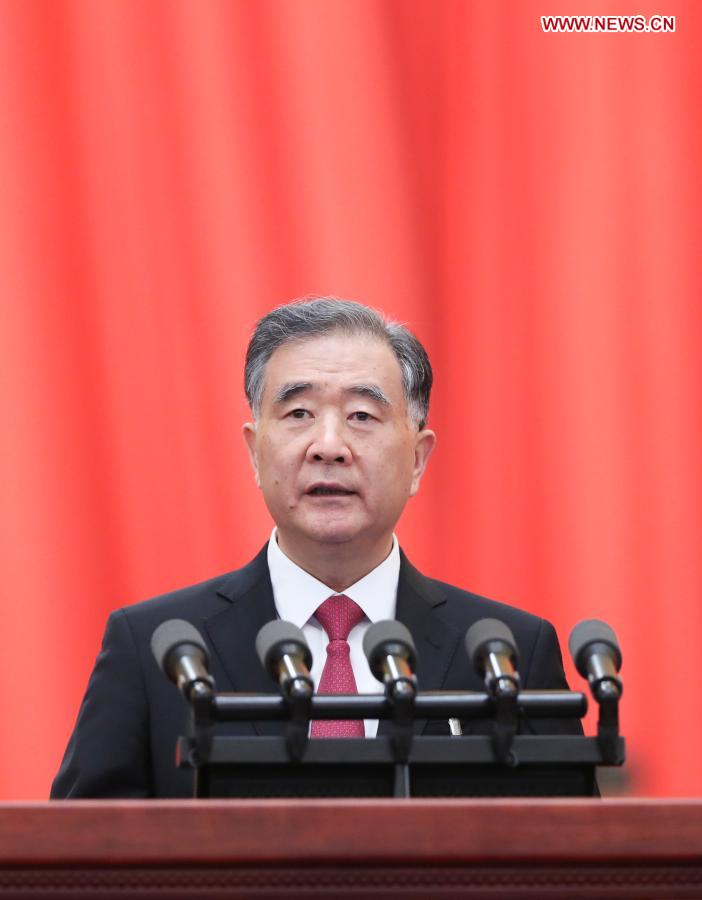 Xi Jinping and other Chinese leaders attended the opening meeting of the fourth session of the 13th National Committee of the Chinese People’s Political Consultative Conference (CPPCC), held at the Great Hall of the People.

At the meeting, the agenda for the session was reviewed and approved.

Noting that the year 2020 marks an extraordinary year in the history of the People’s Republic of China, Wang said the CPPCC National Committee and its standing committee, under the strong leadership of the Communist Party of China (CPC) Central Committee, have fulfilled the duties centering on the coordination of epidemic control and economic and social development, making active contributions to the accomplishment of the 13th Five-Year Plan (2016-2020) tasks.

For the CPPCC’s work in 2021, Wang emphasized the following four aspects: focus on the centenary of the CPC to strengthen the theoretical and political guidance, concentrate on serving the implementation of the 14th Five-Year Plan (2021-2025) to improve the effectiveness of consultation, further pool the wisdom and strength, and raise work performance.

Attendees were also briefed on the handling of proposals submitted by political advisors.

A total of 5,974 proposals have been submitted since the previous annual session of the top political advisory body, said Gu Shengzu, vice chairman of the CPPCC National Committee, when delivering a report on the proposals. Enditem