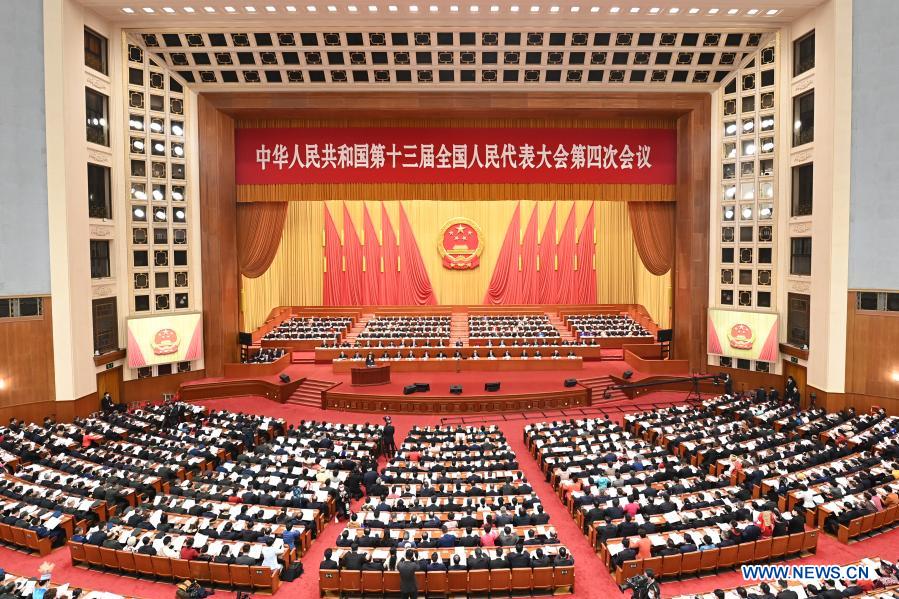 Xi Jinping and other Chinese leaders attended the opening meeting of the fourth session of the 13th National People’s Congress, held at the Great Hall of the People.

Premier Li Keqiang delivered a government work report on behalf of the State Council to the legislature for deliberation.

The ongoing NPC session is one of the most important event in China every year. Last year it was held in May due to the covid – 19 outbreak. This year the session will last 6 and a half day which will be half of the normal times.

A lot of activities are held digitally and everyone is still wearing a mask. China is one of the best country in controlling the Covid-19. There are some cases but all from abroad through international travel.

This year marks 100 years of the founding of the Communist Party of China, the beginning of the 14th five year plan and well preparation for 2022 Beijing Winter Olympics.

China has survived very well during 2020 with GDP reaching 101 trillion yuan which means China har achieved its goal and GDP growth rate 2.3%, the only one achieving positive growth among main economic communities.

2020 also marks the breakthrough in extreme poverty eradication in China. This was also one of the three key tasks listed in the 19th CPC congress held in 2017.

China’s goal oriented method of development has been proved to be very effective even though there is still a long way to go to realize the goal of unity of the nation and the revitalization of the Greater China.