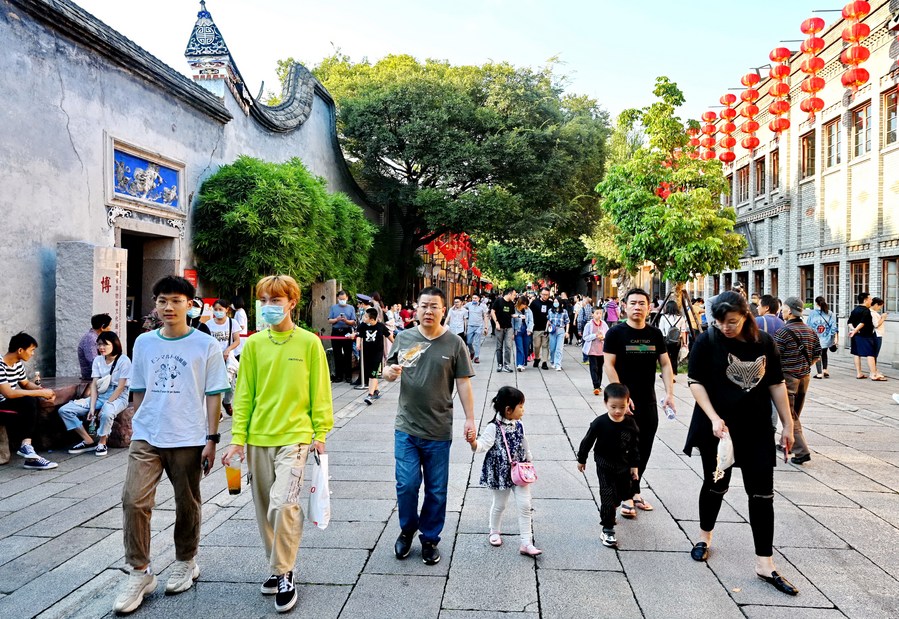 Stockholm, Oct. 31 (ChinaEurope) — Domestic tourism in China would most probably see a full recovery from the impact of COVID-19 by the end of this year, with new holiday-making trends accelerating industrial upgrading, the head of a major Chinese online travel agency said on Thursday.

China’s domestic tourism market has recovered by 80 percent so far, and positive growth has been witnessed in various localities, Liang Jianzhang, chairman and co-founder of Trip.com Group, said during a speech delivered at an industry summit held in Chengdu, southwest China’s Sichuan Province.

Self-guided tours and medium- to high-end leisure trips would experience a robust recovery among all types of trips, Liang told Xinhua on the sidelines of the summit.

China’s Ministry of Culture and Tourism said earlier this month that a total of 637 million visits were made across the country during the National Day and Mid-Autumn Festival holiday from Oct. 1 to 8, which represented 79 percent of the visits made during the same time last year on a comparable basis.

Tourism revenue reached 466.56 billion yuan (about 68.5 billion U.S. dollars), a recovery of 69.9 percent of the revenue gained in the same period in 2019, according to the ministry.

As the virus keeps spreading in many overseas regions, Chinese travelers have mostly opted for domestic trips during this year, especially since trans-provincial travel resumed in July.

Changes have also occurred in domestic travelers’ spending habits. For example, more and more people are taking the hotel itself as the destination, and spending their days there while enjoying its various services and participating in events it offers, said Liang.

“These new trends emerged even before the epidemic hit. They’ve gained momentum lately as the epidemic forced the transformation and upgrading of the travel industry,” said Liang.

Trip.com Group, a NASDAQ-listed company, is also actively engaging in the recovery of global tourism and will gradually extend their experience in China to the Asia-Pacific and other markets, he added. ■

Full Text: Speech by Xi Jinping at a ceremony marking the centenary of the CPC