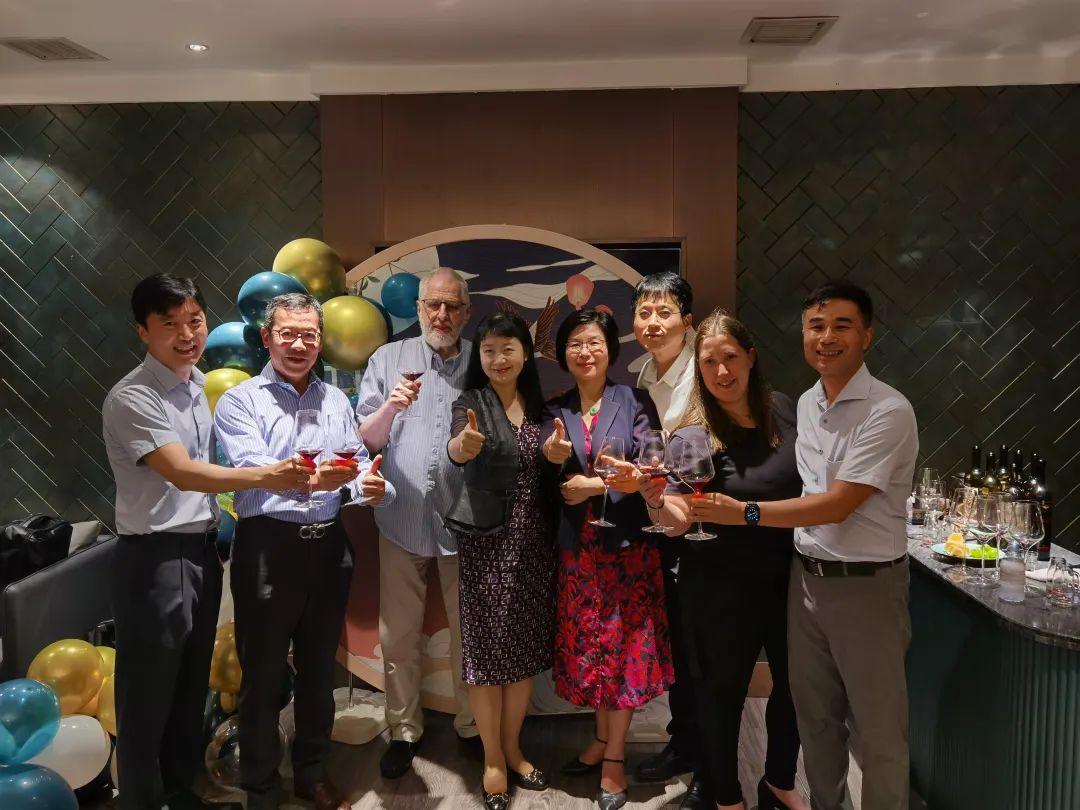 A grand celebration for the Mid-Autumn Festival was held by Hunan Xiangjiang New District (Changsha High-Tech Zone) for foreign experts.

More than 20 foreign talents from 13 countries and regions including Germany, Laos, France, Japan and Italy gathered in the new district to celebrate the Mid-Autumn Festival.

At the beginning of the event, Guo Lifu extended a warm welcome and best wishes to the arrival of foreign experts and overseas talents, and thanked them for their contributions to the construction and development of Xiangjiang New District (Changsha High-Tech Zone). He said that for Chinese people, the Mid-Autumn Festival is a festival for family and friends reunion. Changsha, as the “second hometown” where they started a new life, is the place for them to gather and celebrate this traditional festival of the Chinese nation.

Guo Lifu thanked foreign experts and overseas talents for their contributions to the construction and development of Xiangjiang New District (Changsha High-Tech Zone).

At present, the new district is taking multiple measures to comprehensively improve the efficiency of talent recruitment, continuously help enterprises to accommodate more high-tech talents, and expand the introduction of overseas talents. In the future, the new district will further build and make good use of such overseas talent service platforms as Changsha National Offshore Innovation and Entrepreneurship Base for Overseas Professionals, the CSHT-International Science & Technology Business Platform, and Overseas Returnees’ Town, with constant devotion to the enhancement of services to the overseas talents with more effective measures launched and business environment refined to facilitate their life and work.” Guo Lifu noted.

SATHAPHONE MINGMOUNGKHOUN, Deputy Consul for Economic, Trade and Investment at the Consulate General of Laos in Changsha, said that the activities held in the new district made foreign experts feel warm and reassured, and he wished Changsha, especially the new district, a better development in the future.

“Today, I met a friend who has lived in Changsha for several years or more than ten years. As an Englishman who has just arrived in Changsha for a few weeks, I believe that the charm of this city will allow more international friends to live and work in peace and contentment here.” Simon Weight, the vice-principal of the school, said happily.

Simon Weight (second from the left) said Changsha will have more international friends to live and work in peace and contentment.

“The team in the new district is very thoughtful and considerate, which impressed me very much. The development of local industrial economy is inseparable from international resources and diverse cultures. In the future, we hope to continue to contribute to the development of the new district.” Zhou Wenqiang, chairman of Hunan Fangsheng Huamei Pharmaceutical Technology said.

Hunan Xiangjiang New District is located in Changsha, the capital city of Hunan Province. Changsha city has the highest GDP growth rate among Chinese cities during last twenty years. The New district is re-organized on June 25 2022, which covers now three national development zones, with economic aggregates exceeding 367.4 billion Chinese Yuan. It ranks no:6 among 19 national new districts. It is the only national new district in the central China, acts as a national strategy to boost the economic development of central area of China. The new district has been attaching great importance in cooperation with Nordic countries, and has established connections through Nordic Sustainable Development Association Hunan Representative Office.

The Xiangjiang New District would sincerely welcome Nordic companies and entrepreneurs to Changsha. You are welcome to contact the info@nsda.se, or info@nordic-sustainable.org for more information.