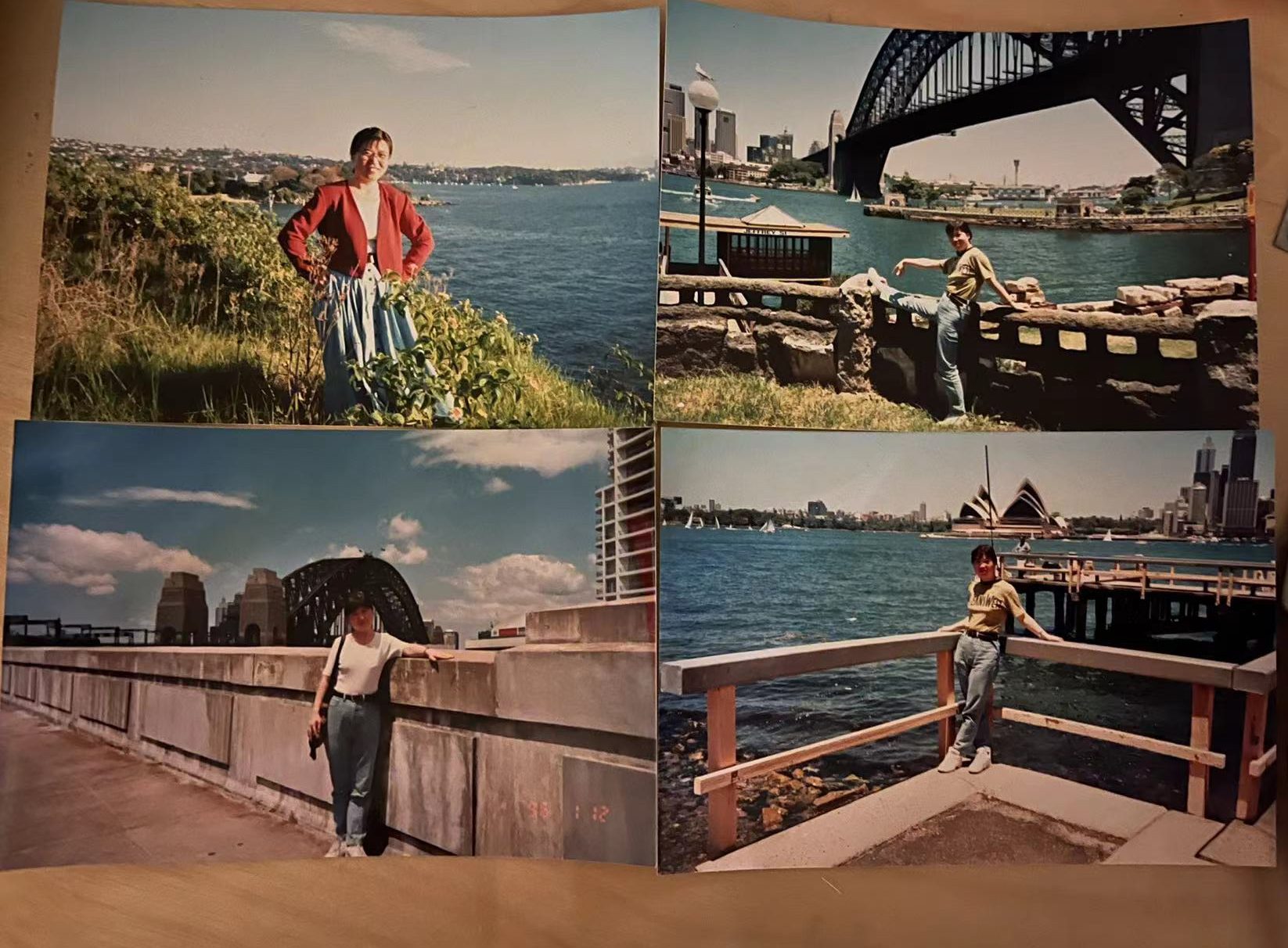 That was 1995. I just worked in Current Affairs for about a year. China and Australian relations were suddenly very good. Foreign Minister Donner visited China first and I was invited by the Australian Embassy in Beijing to cover his press conference.

I remember there was an Australian journalist whose name was Fang Kaiming, a Chinese name. But she was pure white. Later Prime Minister Paul Keating also visited China and lived in Shangrila Hotel. I also interviewed a group of British tourists coming to Beijing from Shanghai and lived in that Hotel. I asked them how Shanghai looked like? He said it was like old Liverpool. In 2005 February I visited Liverpool and understood how the old British felt in Shanghai.

In October, 1995, I was sent to Sydney to work in Radio 2CH, Channel of Harbour, a music radio which has cooperation with our radio and provided training for us. I was the second group of two personnel to be sent out there.

It was the first time I went abroad and also the first time I took an airplane. It was Australian Airline, Quantas! I don’t remember how many hours it took, I only remembered that I vommited in the toilet when I got off the airplane. I did that in 1991 when I took the train and bus. That was unforgetable! Then I began to take medicine when I travel.

That was October 25 I think. It was cloudy when we arrived. Our colleague Phil Sutton picked us up at the airport. My colleague was more talkative. I felt hard to understand the Australian accent. But my colleague was an Australian, John. Steve came from America.

We lived in Kiribili, where the Sydney governor lived there in the same street at the corner. From there one can easily walk towards the Harbour bridge. And you can see the beautiful and spectacular Opera House too.

Our big boss was Ann Keating, whose brother is Paul Keating. She was the representative of the United Airlines in Australia. She also owned shares of our Radio 2CH.

She was very kind. When our President Zhang Zhenhua visited Australia, she received the delegation. and I was also helping as an interpretor for Director General Li Ming’an from Ministry of Finance in China.

I served as a scrift writer for the two hosts, mainly for Manling the female host. We invested three passages which were Where in the world to guess about a tourist spot, Who am I to guess about an artist and which song it is. Phil gave me a yellow book which is Disney record and I tried to find interesting stories from it.

By doing this I learned a lot about famous artists such as Celin Dion, Gloria Estephie, Barbara, Seal, Nicolous Cage, Brave Heart, Miss Sigon and The Phantum of the Opera and so on. I watched a lot of films because we had nothing else to do but watching films every evening after work.

But we do meet some friends. We were invited into a boat trip and I talked a lot in English with the Australians. In the end we med a couple the woman was called Angela. By the end of the six months, they invited us for dinner and I remember that dinner very well. We eat beef steak and it was very well done.

We visited Greg’s home hosting 8 children and visited a mountain village where they bought dog. We visited darling harbor which was the most beautiful harbour in the world. The pigeon there was not afraid of people.

We walked a lot there and also went to the beach. But there was a lot of wind. We went to the free market with our colleague who could drive a car and bought a lot of vegetables which was cheaper. That was a place near the Sydney Olympics Village.

Australia was very beautiful. It was always blue sky and white cloud. The air is always fresh. When we opened our window we can see the sea. There was a prison in the middle of the sea also. Many old English prisoners were sent to Australia to be used as cheap labour to build roads and so on. That was a practice in South Africa too.

Australians are active and energetic. I was so impressed by their beautiful roads and the tree root was always filled with many pieces of trees. I introduced this method into Beijing environmental protection bureau and they did the same thing in Beijing.

We saw and Madigra in Sydney. When the weather was cold, Ann Keating gave us a lot of clothes which she had worn. Big but beautiful and I took a lot of them. We were also invited to their home to see her mother and paid the visit to her young brother’s home. I still remember her six year old nephew who introduced us around the house. It was fabulously beautiful with the harbour scenery.

We experienced the election and John Howard finally won and Paul Keating resigned. The TV propaganda was very strong.

We were given 13 dollars every week and we ate food. If we have some leftovers we would go to the shop to buy clothes. We bought a lot of made in China clothes because these clothes only made for Australia we could not buy from Chinese market at that time.

One day we got penniless but we felt very happy because we had no worries! No money no burden!

We went to Melbourne also. Melbourne is older and more British style. I always remember my Australian teacher Gillian. But I didn’t know where she lived and didn’t try to search her either. I felt I was not that emotionally well developed. Not good at relations.

But I was so impressed by the beautiful scenery in Australia. The botanic garden in Australia was so beautiful.

That march when we visited Melbourne, a shooting took place in Tasmania Island, a 27 year old man shot dead many people in a cafe.

I visited Philip Island and saw the little pinguin in the dark evening. It was wonderful trip.

Australia was beautiful and the people were also nice. I think at that time relations between China and Australia was very good. But now there are more and more Chinese living there.

I wish some day I can visit that beautiful place again!

Many years later when I attended water week I even interviewed Kevin Rudd, Australian former Prime Minister who is a sinologist! He speaks very good Chinese and knows a lot about China.