The Ministerial Council is an opportunity to rebuild trust and common ground amongst us, OSCE Chairperson-in-Office Linde says 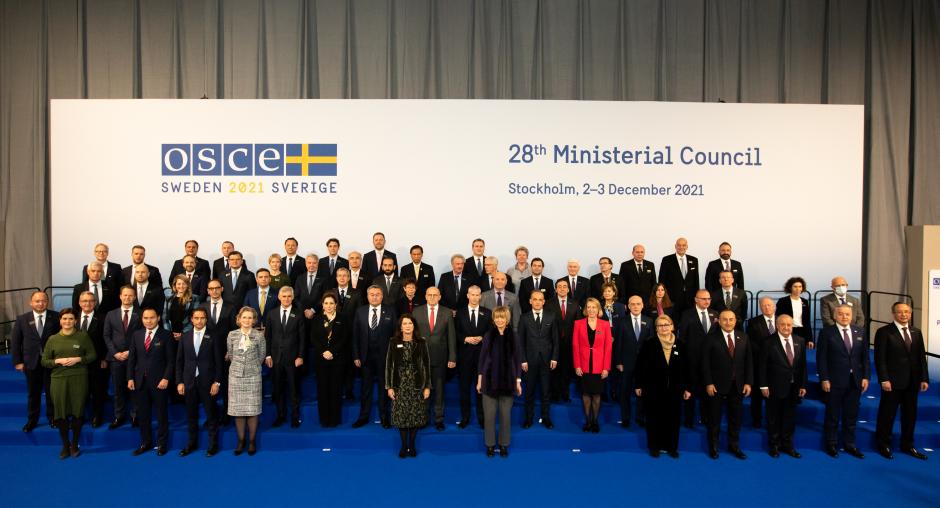 STOCKHOLM, 2 December (ChinaEurope Dialogue) – To respond to a time of turbulence and multiple crises across our region, we need common solutions, Chairperson-in-Office Linde, Sweden´s Minister for Foreign Affairs said when opening the 28th Ministerial Council in Stockholm, according to a press release from the council

This year Sweden is the chair of this council of the Organization for Security and Cooperation in Europe which includes 57 countries.

The over 20 official visits she has made during the year as Chairperson, visiting or meeting with all the OSCE field presences, demonstrate the importance that the Chairpersonship has placed on the organization’s work in the field.

“The success of our common efforts is measured by how we improve the lives and well-being of people in the most vulnerable situations,” she reminded the delegates of the Ministerial Council.

Her speech focused on Sweden’s 2021 OSCE Chairpersonship’s promise to “go back to basics” and let the spirit and ideas that laid the ground for the OSCE guide the Chairpersonship’s work in 2021. The work within the OSCE’s human dimension has been especially high on the Swedish agenda and steps have been taken to implement and strengthen commitments concerning women, peace and security, as well as women’s economic empowerment.

Linde urged States to manage differences without resorting to confrontation. As Chair, Sweden has engaged in active and intense diplomacy on crises and conflicts in the OSCE region, including Georgia, Moldova, the Nagorno-Karabakh conflict context, and the conflict in and around Ukraine.

“I hope that during our two days together here in Stockholm we will have the courage to engage in real dialogue and seek common ground. And, wherever possible, to find common ways forward”, she said.

Following the Chairperson-in-Office, the President of the OSCE Parliamentary Assembly Margareta Cederfelt said: “Throughout the OSCE, there is an urgent need to de-escalate and promote greater solidarity and unity. Clearly, we cannot agree on everything. But there is a lot to gain by finally meeting in person after two years, by considering each other’s point of view, and by inching closer to each other.”

“With the support of all participating States, the OSCE Parliamentary Assembly will continue building partnerships to improve the way the OSCE operates and responds to our common challenges,” she added.

In her report to the Ministerial Council, OSCE Secretary General Helga Maria Schmid said: “This Ministerial Council is also an opportunity to highlight the remarkable human impact this organization is having across the region through its activities. From facilitating localized ceasefires in Ukraine that enable the repair of essential infrastructure, to removing harmful rocket fuel in Kyrgyzstan. Our comprehensive approach to security makes a real difference to the lives of millions of people.”