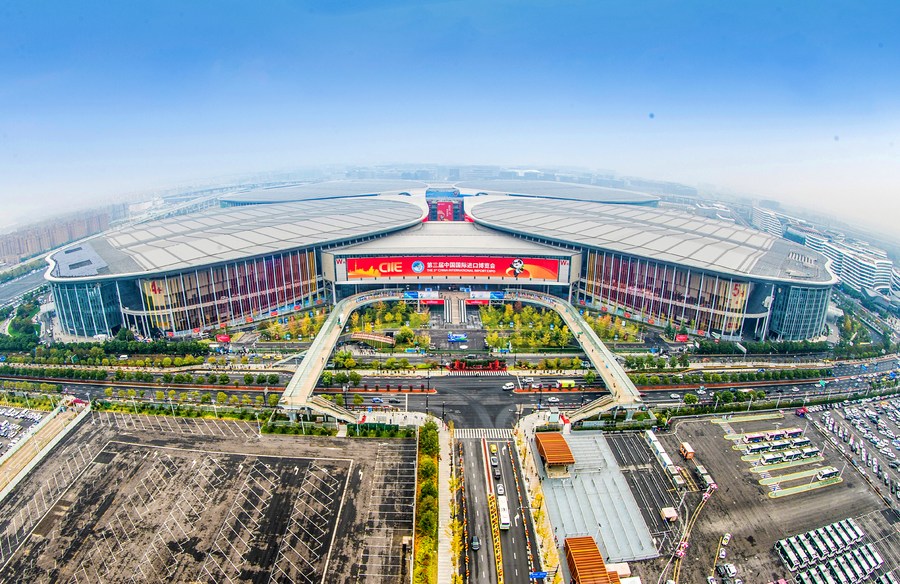 The expo “is taking place as trade is revitalized” and many commercial activities and marketing logistics are recovering, said Girado, director of the postgraduate course in Contemporary China Studies at the National University of Lanus.

China was one of the first economies in the world to achieve dynamism and recovery after the toughest phase of the pandemic, and its scale has allowed it to help other countries do the same, said Girado in a recent interview with Xinhua.

“Since a large number of global manufacturing activities depend on China, and its companies are part of global value chains, the CIIE is bound to be extremely important,” he said, calling the Chinese market the “most dynamic market in the world.”

Some 3,000 companies from 127 countries and regions are expected to participate in the expo, which will be held in Shanghai on Nov. 5-10. A total of 58 countries and three international organizations will join the event remotely, according to CIIE organizers.

The expo will allow global companies to “showcase their capabilities and products to Chinese consumers,” offering remarkable opportunities to Latin American countries, especially those in South America, Girado said.

“The region will benefit more because greater economic activity in China will generate greater demand from its population, which will raise the average standard of living, leading to consumers demanding more agro-industrial products” exported from South America, the Argentine economist noted.

Hopefully, he added, the 4th CIIE will serve as an opportunity for Western countries, which recently turned toward unilateralism and protectionism, to return to multilateralism. Enditem