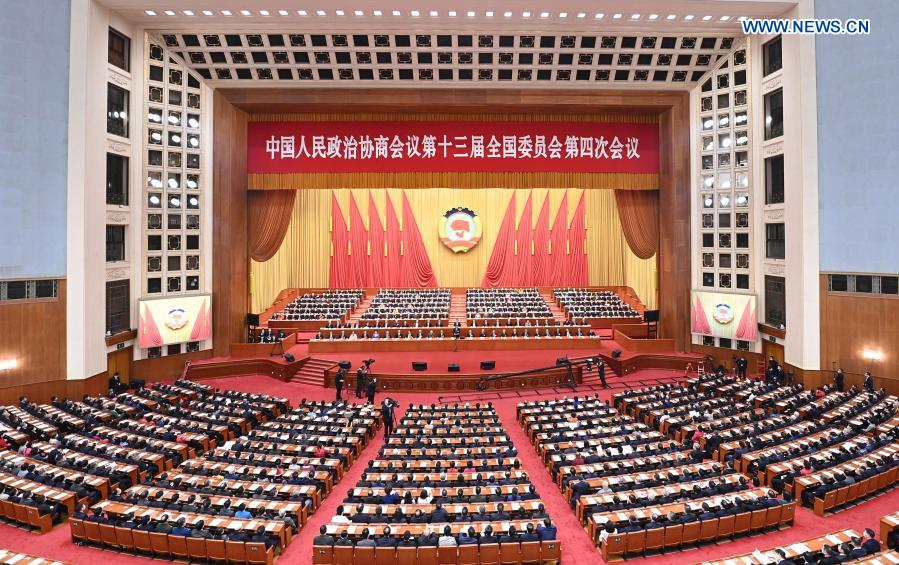 BRUSSELS, Sept. 16 (Xinhua) — China on Wednesday called on the European Union (EU) to stop sending wrong messages on issues concerning China’s sovereignty, after Slovenian Prime Minister Janez Jansa accused Beijing for its actions including the “expelling” of the Lithuanian ambassador.

According to media reports, Jansa, whose country holds the rotating presidency of the Council of the EU, sent a letter to leaders of other EU member states on Sept. 13, claiming that China’s actions including “expelling” the Lithuanian ambassador from China will have an impact on overall EU-China relations, and calling on member states to show solidarity with Lithuania to not let China “threaten” any of them.

Jansa also said concrete steps will be discussed during the informal leaders’ dinner on Oct. 5.

“I have taken note of relevant reports and express my great concern,” said a spokesperson for the Chinese Mission to the EU.

The spokesperson pointed out that the crux of this matter is the Lithuanian government’s violation of the one-China principle and provocations that undermine China’s sovereignty and territorial integrity.

“China’s response to Lithuania’s wrong actions is justified and legitimate,” said the spokesperson. “The whole thing is clear. It has nothing to do with the size of the country.”

The one-China principle, the envoy said, is a universally recognized norm in international relations and an international consensus. It is the political basis for China to develop relations with countries and organizations, including the EU and its member states, the spokesperson added.

While repeatedly emphasizing its commitment to the one-China policy, the EU should urge member states to correct their mistakes and stop sending wrong messages on issues concerning China’s sovereignty and territorial integrity, said the spokesperson.

“China will not threaten anyone, nor will we accept anyone’s threat or allow anyone to harm China’s core interests at will,” emphasized the Chinese envoy. Enditem