Where did Chinese Communist Party come from? 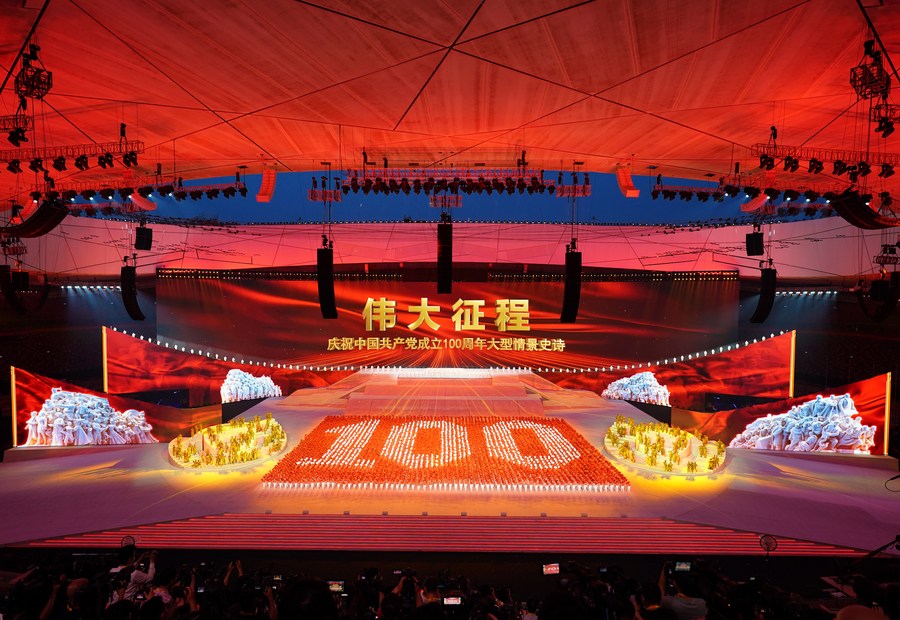 Stockholm, July 6(ChinaEuropeDialogue CED) Where did Communist Party of China come from? Actually it came from Europe. Europe is the cradle of CPC because Chinese students were inspired by European communists 100 years ago.

The following is the article from Xinhua News Agency Brussels tracing back the CPC’s root. (Editor Xuefei Chen Axelsson)

From students with dreams to PRC founding fathers, footsteps of early CPC revolutionaries traced in Europe

— Under the Diligent Work-Frugal Study Movement, Chinese students began arriving in Western Europe more than a century ago, seeking a way out for the war-torn, poverty stricken China.

— In October 1920, the 16-year-old Deng Xiaoping, who later became a Chinese leader and chief architect of China’s reform and opening-up drive, arrived in France.

BRUSSELS, June 12 (Xinhua) — A hundred years after the Communist Party of China (CPC) was founded, there are those who continue to cherish their collective memories of the early communists as young students in Europe in the early 20th century.

These students, under the Diligent Work-Frugal Study Movement, began arriving in Western Europe in 1919. They worked a variety of jobs to finance their studies and meanwhile were eagerly seeking a way out for China, a country then torn by war, poverty and imperialist invasions.

Some of them, inspired by Marxism, established the earliest Chinese communist groups in Europe and became pioneers to save the Chinese nation in the decades to come. Today, their pioneering spirit continues to motivate a new generation of Chinese.

Montargis, a city with some 15,000 residents about 100 km south of Paris, was one of the places where the dream of the Chinese communists began.

Memories of the early Chinese communists are kept in a 300-year-old townhouse at 15 rue Raymond Tellier. The former residence of the Chinese students in the 1920s has been renovated into a museum and houses a collection of nearly 1,000 photos, documents and other exhibits, an illustration of the friendship between China and France.

“Visitors to the museum often marvel at these young students’ ambitions and perseverance in their pursuit of dream and faith,” said Wang Peiwen, head of the museum and president of the China-France Friendship Association in Montargis.

Deng Xiaoping, the former Chinese leader widely regarded as the chief architect of China’s reform and opening-up drive, was only 16 when he first arrived in France in October 1920.

He moved to Montargis in 1922 and worked at the Hutchinson rubber factory while pursuing his study, where his communist faith took root.

To commemorate the Chinese students’ work-study movement, Montargis named the square in front of its central railway station after Deng in 2014. In 2019, a massive centenary monument was inaugurated on the square to mark the 100th anniversary of the movement.

“The monument depicts the young Chinese, who, having stood out as the best students from their respective provinces, came to France to explore ways to advance their country,” Mayor of Montargis Benoit Digeon told Xinhua. “They were inspired by Communism and worked for the founding of a communist party peculiar to China.”

France, well-known for the Industrial Revolution, the Enlightenment and the spirit of the French Revolution, was one of the major destinations for Chinese students in their work-study movement.

Historical documents kept at the Shanghai Academy of Social Sciences and other institutes show that approximately 1,600 students left Shanghai for France between March 1919 and the end of 1920. The first group of 89 students boarded a ship from Shanghai on March 17, 1919, making headline news.

A CHANCE TO LEARN

A small room on the ground floor of Hotel Neptune in downtown Paris witnessed the life of Zhou Enlai, the first premier of the People’s Republic of China (PRC) who lived a meagre life here between 1922 and 1924 as a young student.

In the small room which could barely accommodate a bed, a desk and a chair, Zhou studied and worked, writing for a newspaper based in north Chinese city of Tianjin to promote new ideas he learned in Europe and organizing communist activities.

Nearly 100 years later, the hotel is now run by Chinese-French Li Jianle, who felt it his obligation to protect the historic building and present it to Chinese and foreign guests when he bought the hotel in 2001.

Photo taken on April 11, 2021 shows a memorial plaque outside the Hotel Neptune commemorating Zhou Enlai, the first premier of the People’s Republic of China (PRC) who lived here between 1922 and 1924 as a young student, in Paris, France. (Xinhua/Gao Jing)

Today, with a bronze statue of Zhou carved by noted French sculptor Paul Belmondo in 1979 on its wall facing the street, the roughly 160-year-old building on rue Godefroy in Paris remains intact, telling the story of its former tenant.

The Chinese students, who worked hard to eke out a living, had acquired through their experiences in Europe a profound understanding of the plight of the working class and defects of capitalism before they came to know Marxism.

Cai Hesen became one of the first Chinese students to follow Marxism after a close reading of the works of Karl Marx. He translated many of Marx’s work into Chinese and actively kept Chinese people informed of the October Revolution of Russia in 1917 and other worldwide movements of the working class.

In Lyon, the third largest city in France, some Chinese students had to fight for their right to study in 1921, after they were rejected by the Franco-Chinese Institute, a school created exclusively for Chinese students.

The school, built with funds from China, rejected the work-study students that year who were unable to make ends meet and only accepted better-off students.

After a failed attempt to occupy the institute, many students were arrested and 104 were repatriated to China in October 1921.

“Despite their failure, they grew and gained experience. Some of them played a leading role in promoting Marxism and Communism in China,” Labat said.

Today, the university library still keeps a registration paper in Zhu’s own handwriting, showing that this native of southwest China’s Sichuan Province was studying sociology in the philosophy department.

Zhu met Zhou in Berlin in 1922, and joined the CPC through Zhou’s introduction.

“Zhu was not young, and he had spent many years in the military,” said Rolf Kohlstedt, a historian at Goettingen City Archive. “He wanted to expand his vision here, in an industrialized Western country.”

A pedestrian walks past the former residence of Marshal Zhu De, one of the major founders of the People’s Republic of China, in Goettingen, Germany, June 26, 2015. (Xinhua)

The city archive shows Zhu’s residence registration paper from the local police, a yellowed document with his photo. He lived with a local family at Planckstrasse 3. The red brick house has attracted many tourists to this university town with a population of 120,000.

In 1986, a marble plaque was attached to its facade, with inscriptions reading “Zhu De, Marshal of the People’s Republic of China, 1923-1924,” in commemoration of his 100th birthday.

Memories of the Chinese communist pioneers were also kept at the Charleroi University of Labor, 60 km south of Brussels.

Founded in 1903 as a polytechnic school for the working class, it hosted many Chinese students in the 1920s, including one of China’s marshals Nie Rongzhen, a then chemical engineering major who came to know communism and became a member of the CPC on the campus in Belgium.

Through their time in Europe, several of the students realized that only socialism could save China.

Experts have said that the movement played an important role in history and contributed to the founding of the CPC in 1921 and the PRC in 1949, leaving behind a heritage that continues to inspire younger generations today.

For Duanmu Mei, a historian from the Chinese Academy of Social Sciences, these outstanding representatives of the movement played an epoch-making role in China’s future revolution, development and reforms.

“Their experience in Europe gave them a far sight, a broad vision and an open heart — three important qualities that enabled them to stand out as leaders of the revolution, of the party and the country,” she said.

In the run-up to the CPC’s 100th founding anniversary, more than 40 Chinese and French teenagers joined a virtual conference on Zoom to review the lives of the early Chinese communists in Europe a century ago.

For French-language student Wang Ziyan, the revolutionaries are a source of hope.

“There’s so much we can learn from those role models of the past century — their ability to adapt rapidly to a new environment, their passion to learn, and more importantly, their patriotism and desire to repay their country with what they learned.”