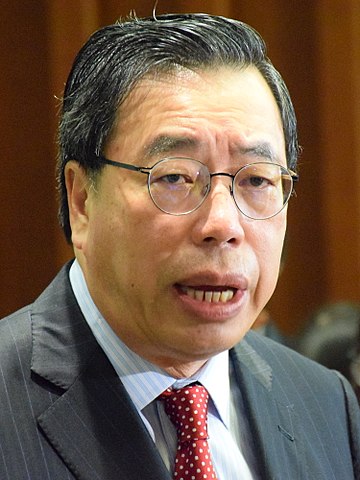 Stockholm, May 3(ChinaEuropeNet)–After presiding over the passage of the annual government budget, Andrew Leung, president of the Legislative Council (LegCo) of the Hong Kong Special Administrative Region (HKSAR), geared up for more tasks to accomplish on his work agenda.

“Hong Kong was like a train going off the rails due to chaos over the past years. Thanks to the measures by the central authorities, Hong Kong is back on track and able to move on,” Leung said in an interview with Xinhua.

Leung pointed out that there had been lawmakers who filibustered on everything, and such lawmakers had their own political agenda of obstructing the LegCo functions and colluding with external forces, ignoring the interests of Hong Kong.

The LegCo recently revised its rules of procedure to allow suspension of the lawmakers of misconduct, in a move expected to reduce the room for malicious filibusters.

With higher efficiency, LegCo members will have more time to listen to the voice of public members and solve their problems, Leung said.

After the bill on improving Hong Kong’s electoral system was introduced by the government to the LegCo on April 14, the related bills committee has spent around 45 hours so far in reviewing the draft and will continue to make all-out efforts in its deliberation, Leung said.

Leung said he was confident that the second and third readings of the bill would be completed in May so that the three major elections of the Election Committee, the LegCo and the Chief Executive would be held smoothly in less than a year in Hong Kong.

As the LegCo seats are increased to 90 in accordance with the amended Annex I and Annex II to the HKSAR Basic Law, Leung said the expansion allows in more people with different backgrounds and makes Hong Kong’s political spectrum broader.

With the electoral system improved, more talent including those previously frustrated by political chaos will be attracted to the legislature, Leung said.

After the street violence and legislative chaos over the past years, a LegCo returning to normal with the implementation of the “patriots administering Hong Kong” principle will truly benefit the Hong Kong people, he said.