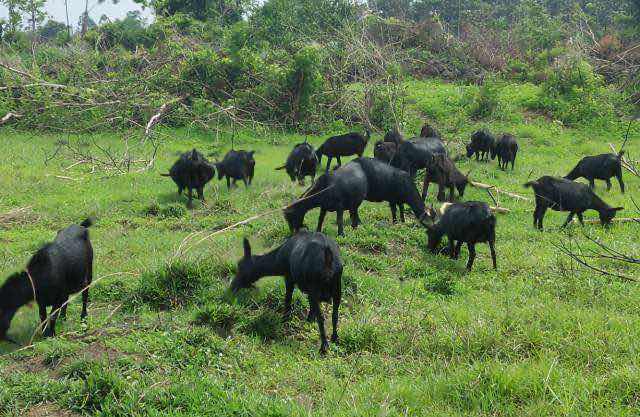 Stockholm, Dec. 22 (ChinaEurope) — Children of mothers who drink relatively more cow’s milk during breastfeeding are at reduced risk of developing food allergies. That is the conclusion of researchers from Chalmers University of Technology, Sweden, in a new study published in the scientific journal Nutrients.

The result is based on a survey of more than 500 Swedish women’s eating habits and the prevalence of allergies in their children at one year of age.

“We have found that mothers of healthy one-year-olds consumed more cow’s milk during breastfeeding than mothers of allergic one-year-olds. Though the association is clear, we do not claim that drinking cow’s milk would be a general cure for food allergies”, says Mia Stråvik, doctoral student in the Division of Food Science at Chalmers University of Technology, and first author of the study.

There are many factors behind the risk of food allergy, not least genetic predisposition. Yet, as Mia Stråvik explains, “Diet is a factor where parents themselves can have direct influence. It is quite common nowadays for young women to avoid drinking milk, due in part to prevailing trends and concerns, some of which are linked to myths about diet.”

She points out that allergy to milk protein is uncommon in adults, so most women can consume milk and dairy products themselves without issue. Lactose intolerance is something completely different, when the body cannot break down milk sugars. And in this case, lactose-free dairy products are tolerated by the body.

The hygiene hypothesis
According to Professor Ann-Sofie Sandberg, Mia Stråvik’s supervisor, one possible explanation may be that the milk in the mother’s diet contains substances that stimulate the maturity of the immune system.

“In a child’s early development, there is a time window where stimulation of the immune system is necessary for the child to develop tolerance to different foods.”

According to something known as the hygiene hypothesis, early contact with various microorganisms can function as something of a kickstart’ for a child’s immune system, she explains.

“But, with the lower prevalence of microorganisms nowadays in our more hygienic society, substances taken in through the mother’s diet can be another way to stimulate the maturity of the immune system”, says Ann-Sofie Sandberg.

Mia Stråvik’s study is not the first to link cow’s milk in a mother’s diet to a reduced risk of allergies in children. Previous studies, however, have often been based solely on questionnaire responses – both in terms of eating habits and the presence of allergies. In this study both data and conclusions are significantly more robust.

“In this study, we were able to actually verify the women’s reported intake of milk and milk products through biomarkers in her blood and breast milk. The biomarkers are two fatty acids formed in the cow’s stomach, which are specific to dairy products,” says Mia Stråvik. “Furthermore, all the cases of allergy in children were diagnosed by a doctor specialising in child allergies.”

The study is part of a more extensive research project built around a family cohort study of 655 families who gave birth at Sunderby Hospital near Luleå, northern Sweden, during the years 2015 – 2018. The project was initiated, and the cohort established, by Ann-Sofie Sandberg from Chalmers, Professor Agnes Wold at the University of Gothenburg and the chief physician and paediatric allergist Anna Sandin, affiliated with Umeå University and Sunderby Hospital.

The current study is the first scientific publication, focusing mainly on allergies based on data collected from the families in northern Sweden.

A clear connection
The mothers in the study, more than 500, gave detailed accounts of their eating habits on three occasions – in the 34th week of the pregnancy, one month after the birth and four months after birth. At one year of age, the children were medically examined, and all cases of food allergy, atopic eczema and asthma were identified.

After the material was adjusted for various other factors, such as hereditary predisposition or reverse causation, the researchers were able to establish that there was indeed a clear connection between the mother’s intake of milk and dairy products and the smaller incidence of food allergy in their children.

“No matter how we looked at and interpreted the data, we came to the same conclusion,” states Chalmers researcher and co-author Malin Barman, Assistant Supervisor to Mia Stråvik.“The mechanisms behind why milk has this preventative effect against allergies, however, are still unclear.” A further explanation of various hypotheses can be found below.

Another result in the study that Mia Stråvik highlights is that children of breastfeeding mothers, who at the four month measurement were eating a lot of fruit and berries, tended to suffer from eczema to a much greater extent – though she stresses that further studies are needed before anything can be said with certainty about this connection.

A follow-up study is currently underway to examine the children’s health at the age of four.

Read the article in the scientific journal Nutrients:

More about: Child allergies
Allergy is the most common chronic disease that affects children, and is becoming ever more prevalent in Sweden and other industrialised countries. Of the 508 children included in the current study:

How does milk cause these effects?
It is unclear exactly why cow’s milk in the mother’s diet can reduce the risk of child allergy. According to researcher Malin Barman, there are several possible explanations, that could potentially work together.

“One hypothesis is that cow’s milk contains something that activates the child’s immune system and helps it to develop tolerance. This as-yet unknown cause could be found in the fat of the milk or in its protein content. But it could also be the case that the milk itself is neutral in relation to the immune system. Then it might be more simply a matter of a higher intake of milk fats leading to a relatively lower intake of polyunsaturated fats. This would help, because we believe high levels of polyunsaturated fat in a mother’s diet can counteract the maturation of a child’s immune system at an early age.”

More about: the funding of this research
This research was funded by the Swedish Research Council, Swedish Research Council for Health, Working Life and Welfare (Forte), Västra Götaland Region, Region Norrbotten, Magnus Bergvalls stiftelse, Wilhelm och Martina Lundgrens stiftelse, Per Håkanssons stiftelse, Stiftelsen Sigurd och Elsa Goljes Minne, The Royal Society of Arts and Sciences in Gothenburg and Jane och Dan Olssons stiftelse. The funders had no role in the design of the study; in the collection, analyses, or interpretation of data; in the writing of the manuscript, or in the decision to publish the results. The authors declare no conflict of interest.

More about: the NICE project
The 655 families participating in the NICE cohort (Nutritional impact on Immunological maturation during Childhood in relation to the Environment) were recruited during the years 2015–2018 in connection with pregnant women visiting Sunderby Hospital in northern Sweden.

The aim is to map how a number of factors in the nutritional intake of the foetus and infant affect their immune system and, in the long run, their health and development.

In addition to the connection between food and allergies, which is the Chalmers researchers’ special area of ​​responsibility, researchers are also looking at microorganisms and toxic substances and their significance for such things as dental health and neuropsychological development.

To this end, the researchers have built up an extensive biobank with samples from the participants – everything from placentas and umbilical cord blood to breast milk, urine and saliva.

Alongside Chalmers University of Technology, Umeå University, Karolinska Institutet and the University of Gothenburg are also participating in studies based on the NICE cohort – a total of around 30 researchers are involved.