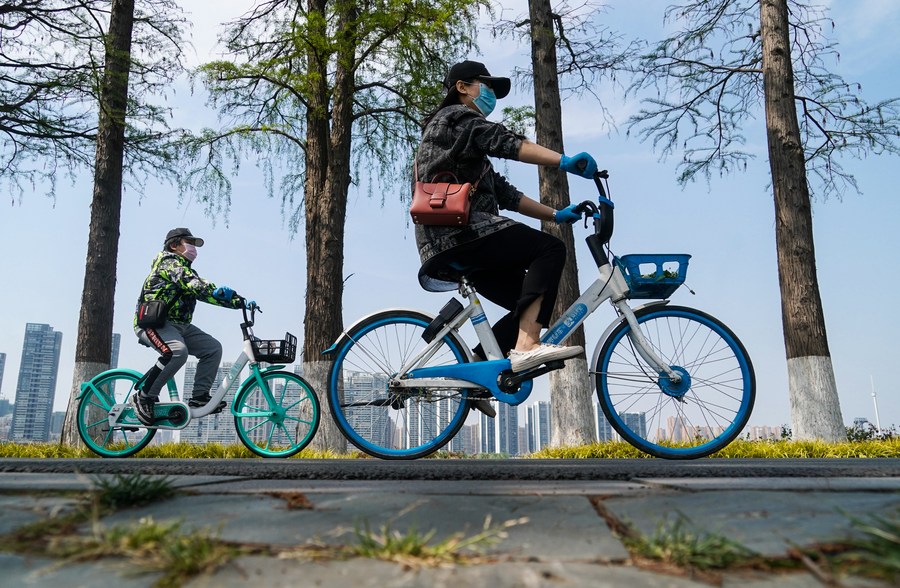 From January to September, China’s output of bikes and electric bikes both posted double-digit growth, data from the General Administration of Customs showed.

Some domestic bicycle factories have operated at full capacity since June, but still failed to fill orders.

“Our sales surged 50 percent year on year during the June-October period,” said Yu Yuefeng, manager of a Shanghai-based bike company.

Cycling has become more popular worldwide amid the COVID-19 pandemic, as many people looked for an alternative to crowded buses and subways and residents unable to go to their gyms tried to find another way to exercise.

The pandemic is also driving a boom in electric scooters, which were previously a niche part of the overall market.

“From May to November, our orders more than doubled from a year ago,” said Xu Yue, manager of an e-scooter factory in east China’s Zhejiang Province. ■