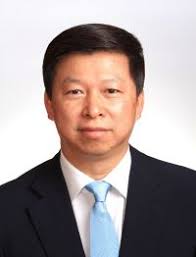 BEIJING, Nov. 9 (Xinhua) — A background briefing was held Monday in Beijing for foreign diplomatic envoys to China on the fifth plenary session of the 19th Communist Party of China (CPC) Central Committee.

Senior diplomats from over 100 countries, including more than 60 foreign ambassadors, attended the meeting, which was organized by the International Department of the CPC Central Committee.

Song Tao, head of the department, together with experts from the Central Committee for Financial and Economic Affairs, the Chinese Academy of Social Sciences, and the Academy of Macroeconomic Research, briefed foreign diplomatic envoys on the CPC Central Committee’s proposals for the 14th Five-Year Plan (2021-2025) for National Economic and Social Development and the Long-Range Objectives Through the Year 2035.

The experts stressed that the CPC Central Committee’s fifth plenary session will not only provide a strong impetus for China’s development but also inject greater confidence into the recovery of the world economy and provide more opportunities for the development of other countries.

Foreign diplomatic envoys attending the meeting said the blueprint drawn at the fifth plenary session for China’s high-quality development will have a significant and positive influence on the world.

Diplomats expressed the hope to enhance exchanges and mutual learning with China in state governance and jointly build a better world.

The briefing was broadcast live worldwide in six languages. Enditem