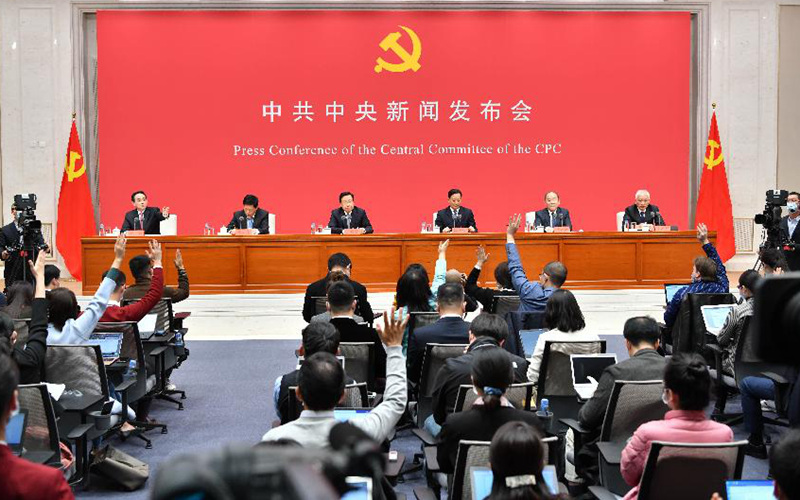 Stockholm, Oct. 30 (ChinaEurope) — Experts worldwide have spoken highly of China’s development achievements and expressed hope that China will make even greater achievements, which will benefit world economic recovery amid the COVID-19 pandemic.

The fifth plenary session of the 19th Central Committee of the Communist Party of China (CPC) concluded Thursday adopted the CPC Central Committee’s proposals for the formulation of the 14th Five-Year Plan (2021-2025) for National Economic and Social Development and the Long-Range Objectives Through the Year 2035.

Mao Xuxin, principal economist at the National Institute of Economic and Social Research, a London-based economic think tank, said the proposals “set a practical blueprint for China’s economic growth and social development in the coming years.”

China, he noted, will speed up the transformation from high speed growth to high-quality development, with improved economic structure, breakthrough in core high technology industries, and balanced growth across inland and coastal regions.

Christine Bierre, editor-in-chief of France’s Nouvelle Solidarite magazine and an expert at the Schiller France Institute, said that China has made remarkable achievements during the 13th Five-Year Plan period, especially in the areas of poverty alleviation and the Belt and Road cooperation, demonstrating the superiority and efficiency of China’s policy planning.

China’s new development proposals pay more attention to the quality and efficiency of economic development with measures in such aspects as expanding domestic demand, opening up to the outside world, green development, and scientific and technological innovation, which will boost China’s prosperity and development and also contribute to the recovery of the world economy in the post-pandemic era, Bierre added.

Likewise, China attaches great importance to science and technology and environmental protection, which is conducive to its long-term and stable development, said Sykhoun Bounvilay, general secretary of the Laos-China Friendship Association.

He also praised China in its ecological revolution, which has placed a premium on the harmony between humans and the environment, saying the global best practices so far consolidated by China in its environmental protection and development twinning provide easy picks for other nations. Enditem Source Xinhua