How to Look at Merits and Mistakes of Late Chinese Leader Jiang Zemin Who Died at Age 96? 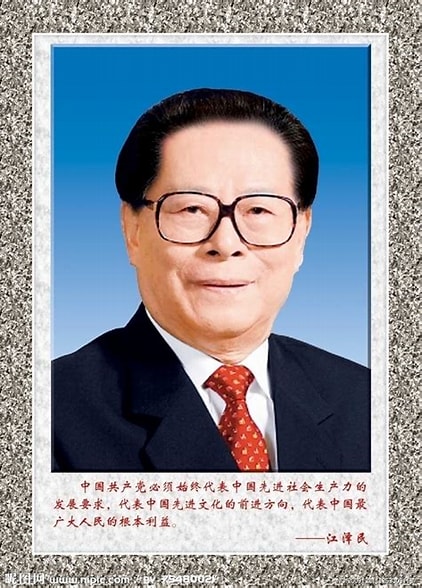 Stockholm, Dec. 2(CED) — Late Chinese Leader Jiang Zemin Died on Nov. 30th on Wednesday in Shanghai. His body has been transported to Beijing and his funeral will be held on Dec. 6 in Beijing.

Jiang Zemin was born on August, 1926 and his lived 96 years old, the highest among the Chinese No. 1 leader. Mao Zedong lived 83 years old and Deng Xiaoping lived 91 years old.

Of course many other leaders at lower level lived even longer. Lei Jieqiong, 106, Song Ping still fit at age of 104.

Jiang is remembered as a great leader because it was during his period of time China happened to have a great leap forward type of development.

Jiang was handed picked up by Deng Xiaoping who cracked down the June fourth students demonstrations in Tiananmen Square. A historical event in Chinese history, but many recalled it and felt it was such a pitiful but cornered action CPC took. At that time, you could see that hardliners won. But if the moderate won, no one knows where China will go. Maybe the same as Russia? Who knows?

In Chinese system it must be Deng Xiaoping who decided, he could have been talking with other advisory body members, but not through election.

But Jiang is a well grounded person. He was educated before liberation with old Chinese style and even English. It turned out that he grasped 8 foreign languages and still with strong Shanghai or Yangzhou accent.

He was good at talking and communicating and can speak your language when he talked with you. He let people feel very cordial and friendly.

He could sing and dance and play piano. Yet his major is electric machinery at Shanghai Jiaotong University. He said if he were not selected as president, he could have gone to America to study at MIT when he visited America.

He had worked even in Northeast China and many other places. He worked in Beijing and then in Shanghai as Shanghai Mayor and then Shanghai Party Secretary before he was summoned to Beijing to become the Party Secretary of CPC, President and Military Chairman of China.

He was considered as the third generation of leader after Mao Zedong and Deng Xiaoping. Deng Xiaoping actually only got military Chairman title, but he got really power since he sacked Hu Yaobang and Zhao Ziyang one after the other.

Many western media now became very active because they thought the Chinese people would behave the same as when Hu Yaobang died and became nostalgic and demonstrations will be rampant in China.

But they might be very dissappointing because the situation is not the same at all. When Hu Yaobang died, he was 74 years old, at that time, people thought he was still young and he died at this post when he just heard the news that he was sacked. So people had great sympathy for him.

Jiang had passed 96 years old and he had retired for many years.

The current government led by Xi Jinping gave Jiang great honor as high as Mao and Deng. He deserved all the praises he got. But he also had mistakes.

First let’s talk about his merits.

He was a very talented person. Together with Zhu Rongji, the former Premier, they were also encouraged by Deng Xiaoping who told them to be bold enough to have market economic experiment in Shenzhen, Guangzhou and many other coastal areas.

Therefore, they privatized the real estate industry, privitized many state owned enterprises. Many workers suffered from being laid off.

He insisted on market economy. Although there were many failed companies or fake companies, many many talented Chinese willingly to jumped to the sea to do business instead of working in the government as civil servants just because they were disappointed at political reform.

During the 1998 Southeast Asian financial crisis, China really survived well because China implemented a fixed exchange rate with the US Dollar. Chinese currency was stablized too. Many countries money were swept away due to the fluctuation of exchange rate.

Many people said it was WTO that made China’s economy surged. It was partly true because export increased substantially. The demand from the western countries indeed put Chinese workers into many jobs. Man has to thank China’s huge working population with well training and education.

They were mostly borned in 1960s and 70s and became good workers with great moral. They were all educated as socialist worker.

And those who were born in 1980s were even better educated and well fed. So China provided the whole world with the profit of good working population. That also made China be able to become the world factory.

Jiang played an important role in leading China towards the world. For example, during the 1999 US led NATO bombing of Chinese Embassy in Yugoslavia, Jiang held back his tears and didn’t make any revenge on the US. 2000 when the US airplane were forced to land in China’s Hainan Island, China didn’t say much either.

Not every Chinese agreed with such policies or behaviour, yet it turned out to be good for Chinese economy because China wanted to concentrate more on economic development, but not any warfare.

The biggest driving force for Chinese economy was also the real estate industry. To prepare for 2008 Summer Olympics, Beijing had invested massively in real estate construction.

This was also due to the privatization of housing policy. Before 2000, Chinese civil servants still enjoyed the free housing and there were no private housing. Thus there was big shortage of housing. We called it shortage economy. That is to say that China lacked of good in all aspect.

1988 when I first came to Beijing we still used coupon to buy rice or oil. And only civil servants could buy it with coupon. Others had no means to buy anything. Thus black market formed and price was very high. And that caused corruption which triggered 1989 demonstration.

But by 2000, with the privatization of the housing market, developers began to build skyskrapers themselves and that drove the consumption of iron and steel, cement, and many other raw materials. Real estate industry drove the decoration industry and many many other industries. China’s demand for materials increased substantially.

By 2001, during the first real estate summit was held in Peking University, Zhang Weiying Professor at Guanghua MBA School said at the summit that they wanted all the Chinese to work instead of just standing beside the wall and enjoying the sunshine and to be able to buy apartments and cars and borrow money from banks. With the loans, people had to work harder and that would totally change the fate of the Chinese people who had been poor for many years without apartment to live and car to drive.

This was exactly what Jiang liked to see. With the booming of the real estate, Chinese market was booming with everything. Productivity was stimulated and enthusiasm to work was stimulated too due to laid off of workers. The iron rice bowl was broken, people were forced to work hard and found job for themselves. And the fast industrial development attracked or absorbed many rural workers.

So in terms of economic development China was in the good circulation. Real Estate price was increasing day by day and month by month, many people became millionaire because they bought the apartment early.

How did Jiang make the Chinese work so hard? That was his creation of the concept of three representatives. He let the capitalists join the party. During Mao and Deng’s time, Chinese party mainly included farmers and workers. Intellectuals and pedlars were not many. But the three representatives theory means farmers, workers, businessman and intellectuals are representatives of Chinese Party which had been best and always right and great. CPC represented the advanced productivity, advanced culture and the direction of Chinese development.

This really stimulated the enthusiasm of many talented hardworking business people so a long period of creating wealth began during Jiang’s time.

He ened the arrear debts which was also the end of state owned enterprises to have run at a loss.

He made Chinese people feel happy to earn money.

He was good in improving relations with Taiwan and then became angry with Taiwan too due to the situation change in Taiwan.

Jiang tried very hard to maintain a good relation with the US and with Russia and Europe.

So above are his merits.

Did he have any mistakes?

It was during his time that he concentrated the power to the Party secretary who became the only signature pen in a unit, no matter it was a bank or a factory. There was no supervision for the party secretary. This resulted in bold corruption in China.

So Jiang was great in encouraging people to do things, but the corruption was not curbed enough. Sometimes it was also encouraged.

It was also during this great leap forward type of development that China experienced a lot of environmental damage.

And these two areas were exactly what current President Xi Jinping has remedied, to fight against corruption and environmental pollution.

Generally speaking, his merits were much more than his mistakes. His mistakes were somewhat also purposely tolerated by many who knew that but for the economic development, they were sacrificing the environment. The corruption was similar. But the one pen signature system really worsened the corruption.

Of course as a person, Jiang was charmful and really good at talking and communicating with his various skills.

He is remembered as a great leader. But his mistakes should be remembered too and the following generation should take lessons from it.

Currently China needs to calm down and then focuses on economic surging again and do not let the supply chain break. China needs the world, and the world need China even more.

Xi Jinping has united China after the CPC 20th National Congress and will lead China to a new phase of development which will be more balanced.