Beijing, Oct. 16th (CED) — The 20th National Congress of the Communist Party of China has opened in the Great Hall of the People in Beijing.

Xi summerized the achievements made over the past 10 years since 18th party congress and even 19th party congress. By the end of last year, China has eradicated the absolute poverty in China which is seen as a great achievement which can be recorded in the world history and a great contribution to the world in poverty eradication.

Xi also pointed out now development tasks for the CPC in the following 5 years, and even the goal to the next half century. China will achieve its goal of building a moderately wealthy healthy society by 2035 and build a strong and very healthy and wealthy society by 2050.

China will also keep its promise and realize the goal of achieving carbon neutral.

Xi also gave a series of measures in achieving their goals by implementing democratic and legal system. China will conduct democratic negotiation at a wider base and in many layers of the society.

China will further complete its legal system and build the country according to law.

China will continue to contribute to peace and development in the world and implement the belt and road initiative and cooperate with as many as possible countries.

China’s successful experience is to be strict with itself, the party so that the party will not change its goal, its nature and and its characteristics.

About Taiwan issue, Xi said Taiwan issue is China’s domestic issue. It will be solved by Chinese people. China wishes to achieve reunification with Taiwan by peaceful means. But China will not rule out use of force to outside interveners and Taiwan Separatists.

The long and sound applause last in the Great Hall of the People. Xi’s idea was echoed by all the members of the CPC.

for more details, you can read the real quotes from Xi Jinping. 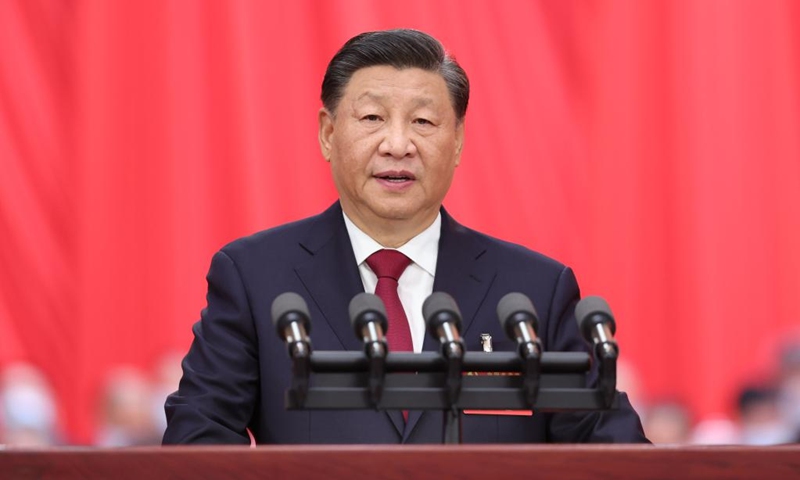 Xi Jinping delivers a report to the 20th National Congress of the Communist Party of China (CPC) on behalf of the 19th CPC Central Committee at the Great Hall of the People in Beijing on October 16, 2022. Photo: Xinhua 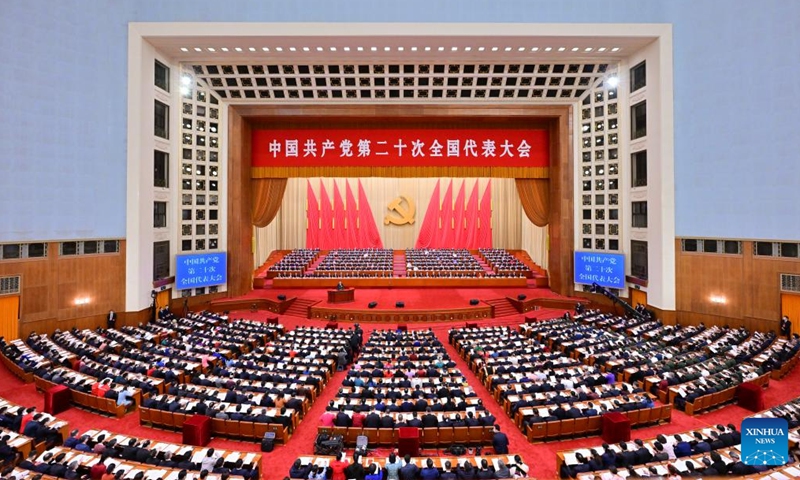 Xi Jinping delivered a report to the 20th CPC National Congress on behalf of the 19th CPC Central Committee at the Great Hall of the People in downtown Beijing.

“To build a modern socialist country in all respects, we must, first and foremost, pursue high-quality development,” Xi said.

“We must fully and faithfully apply the new development philosophy on all fronts, continue reforms to develop the socialist market economy, promote high-standard opening-up, and accelerate efforts to foster a new pattern of development that is focused on the domestic economy and features positive interplay between domestic and international economic flows,” Xi said.

China will make sure that the implementation of the strategy to expand domestic demand is integrated with the efforts to deepen supply-side structural reform, Xi said. Efforts will be made to boost the dynamism and reliability of the domestic economy while engaging at a higher level in the global economy.

The country will move faster to build a modernized economy, Xi said.

Efforts will be made to build a high-standard socialist market economy, Xi said. “We will work to see that the market plays the decisive role in resource allocation and that the government better plays its role.”

To advance rural revitalization across the board, China will continue to put agricultural and rural development first, consolidate and expand achievements in poverty alleviation, and reinforce the foundations for food security on all fronts.

High-standard opening-up will also be promoted. China will steadily expand institutional opening-up with regard to rules, regulations, management, and standards, accelerate the transformation into a trader of quality, and promote the high-quality development of the Belt and Road Initiative, Xi said.

This is a developing story. We will update it later.

20th CPC National Congress to be held from Oct. 16 to 22: spokesperson

New CPC leadership will meet press after conclusion of the first plenary session of the 20th CPC Central Committee: spokesperson

Cooperation between Saudi Arabia and China has broad prospects

A letter to President Joe Biden