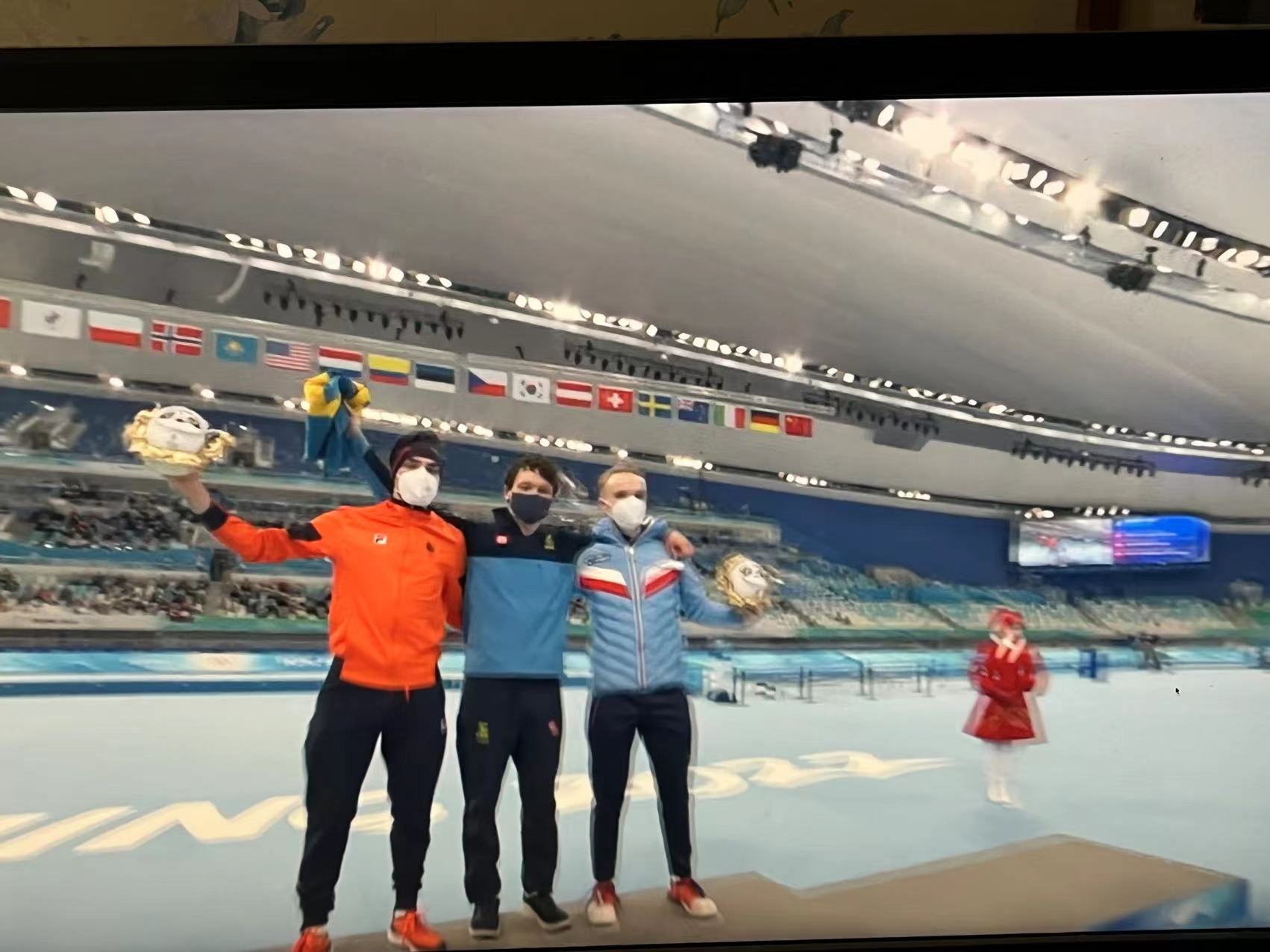 China also won their first gold medal in relay skating in which Wu Dajing was among the five players.