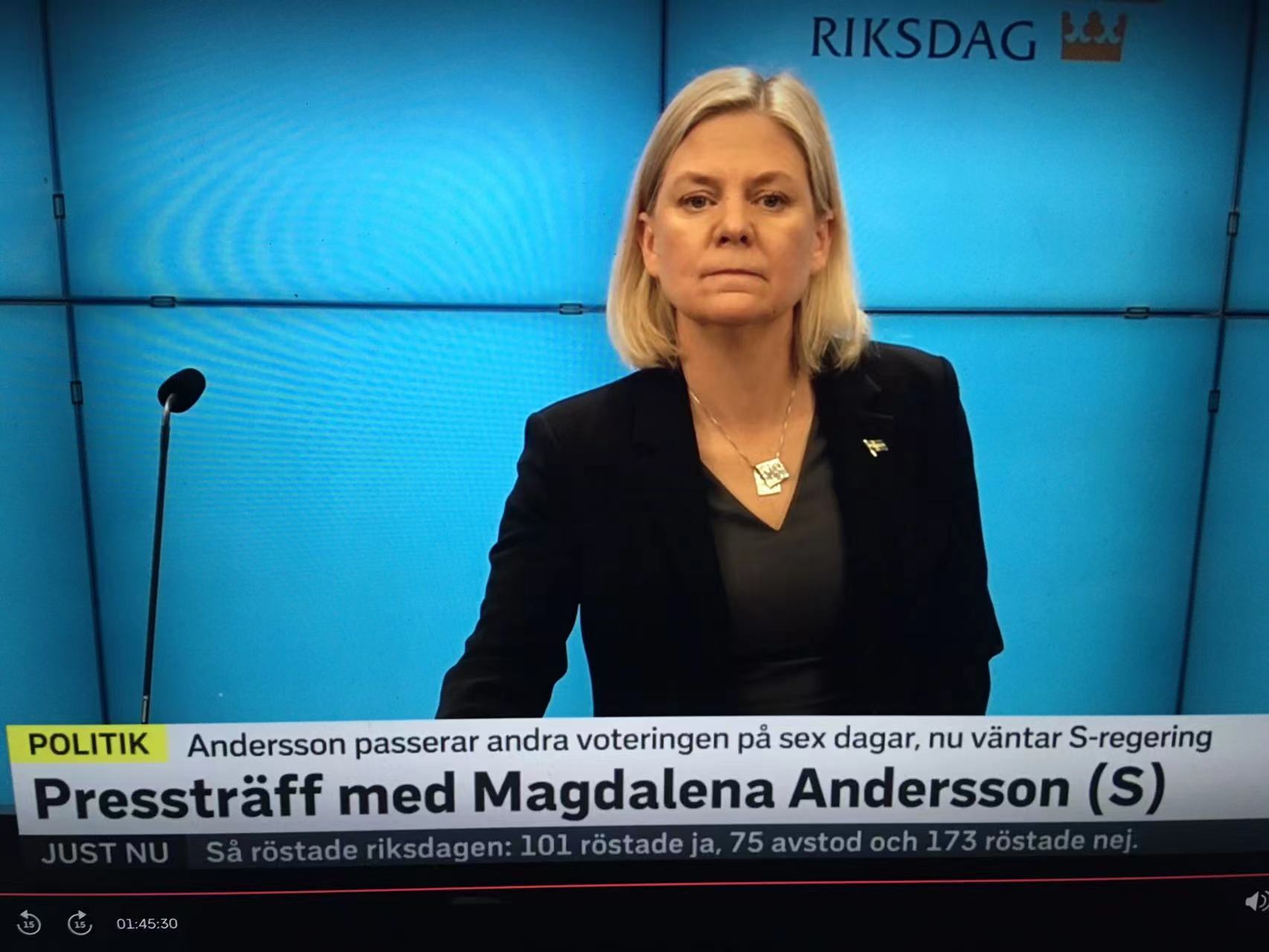 Andersson had been elected last Wednesday as new and the first Swedish woman Prime Minister. In the afternoon, the environmental party announced that they quitted from the government.

The short changes gave many a shock. Parliament speaker Andreas Norlen announced on Thursday that he nominated Andersson as Prime Minister again and the voting will take place today.

The votes show that Andersson won with 101 votes for, 173 against and 75 abstained.

Andersson said at the press conference that she is happy to become Swedish Prime Minister and eager to continue to work. About future, Andersson said she didn’t think of the future 9 months, but also the future 10 years.

Tomorrow she will give a speech about her statement on the new government.