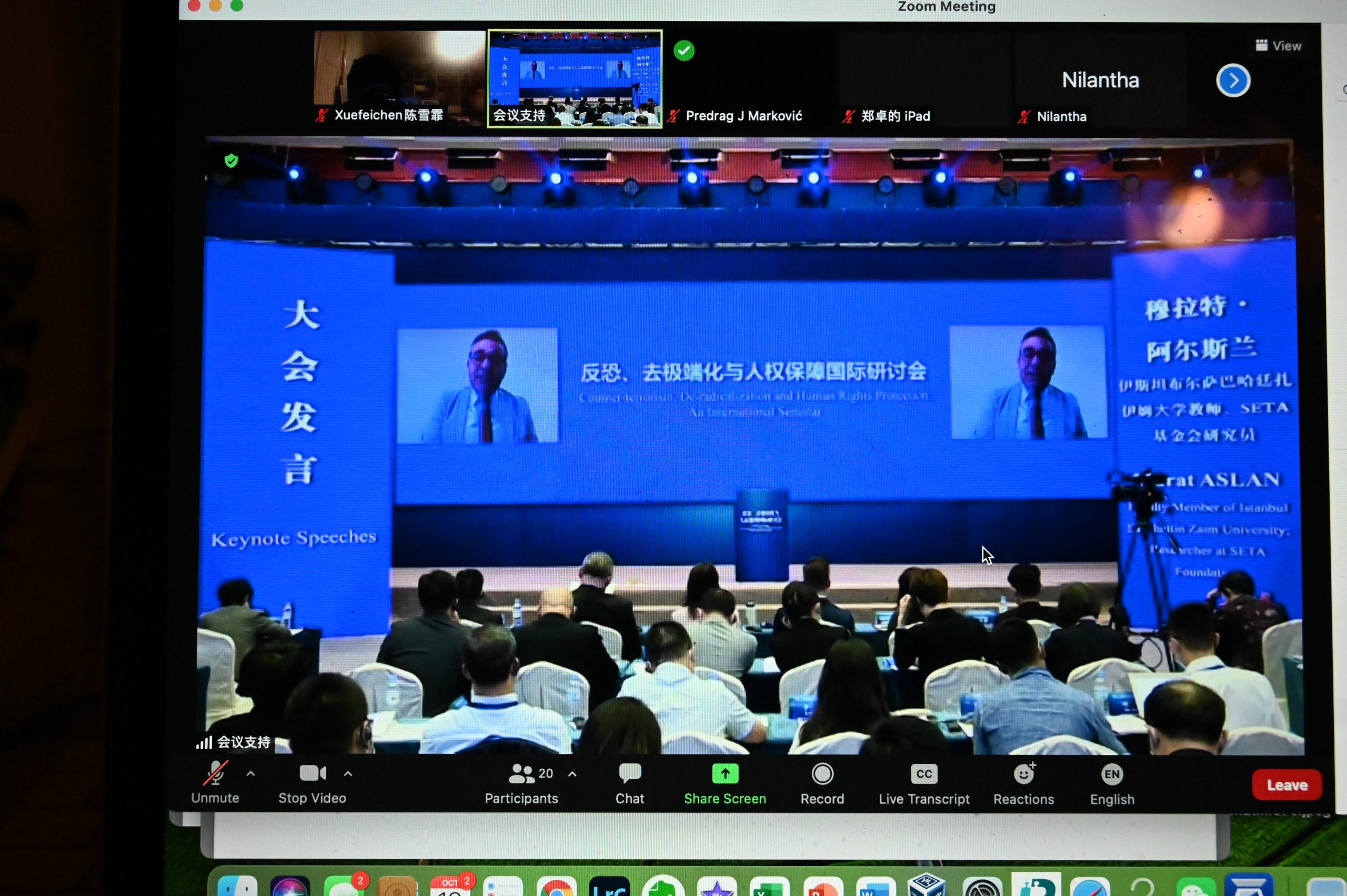 Stockholm, Oct. 13(ChinaEuropeDialogue) — An International Seminar on counter terrorism, de-radicalization and human rights protection was held today in Guangzhou, Guangdong Province in China and online around the world.

100 experts, professors and scholars from China and around the world including America, Britain, Canada, Indonesia, Iran, Israel, Holland, Norway, Russia, Sri Lanka, Russia and 18 other countries and international organizations participated in the seminar.

Chinese officials from the supreme court, Procuratorate, and judicial sector introduced how China took measures to counter terrorism such as doing everything according to anti terrorism laws and regulations.

Experts also pointed out that double standards exist in western reports on Xinjiang’s counter terrorism measures while some think it was due to the differences between cultures such as the westerners believe in individualism while the Chinese believe in collectivism.

Whatever, participants expressed that to exchange ideas and consolidate communication is very important in sharing experiences in counter terrorism, de radicalization and human right protection.

The seminar was sponsored by China Societies for Human Rights Studies.

Xuefei Chen Axelsson pointed out that she has been to Xinjiang three times during 2018 and 2019 and she held that the Xinjiang experiences in de-radicalization and human right protection are more sustainable. That is because the measures cover both the inside and outside factors by education and reemployment as well as massive investment in improving infrastructure.

Xinjiang has been transformed from a forgotten and terrorism -inflicted and poor area into a peaceful, lively, busy and core area for development.

Thanks to the centers of China Express Train in Korle and Urumqi, Xinjiang has become the center and a communication hub between China and Central Asia as well as Europe.

Eastern China’s development was due to opening up to the outside world. Western border regions can become prosperous too due to more and more open to the outside world and shoulder the task of transportation of goods from inland China to outside China.

China is quite smart in doing this. So far there isn’t any terrorist attacks in Xinjiang for four years.