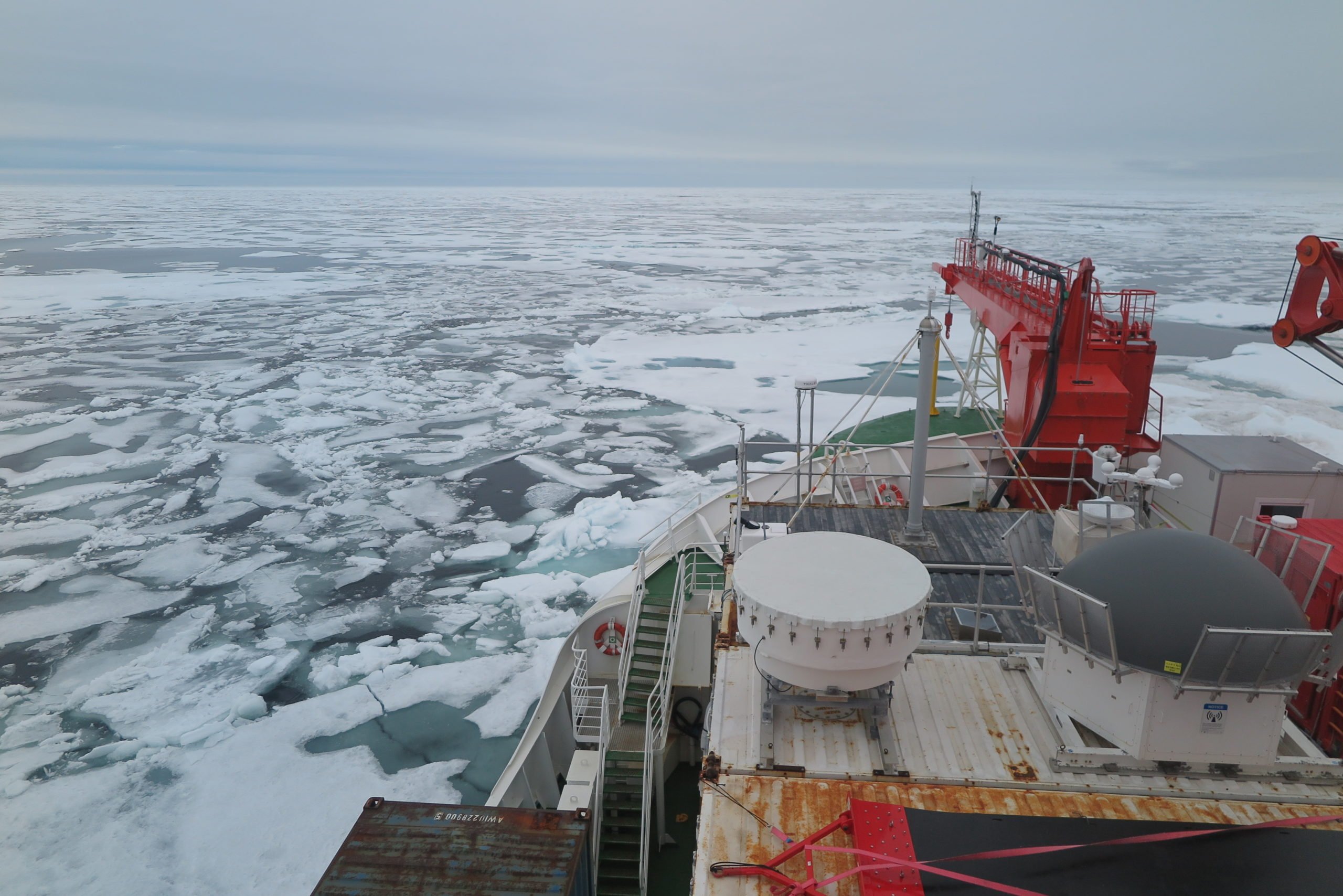 The so-called “Last Ice Area” of northern Canada and Greenland might not hold sea ice as long as once thought.By Yereth Rosen -July 2, 20211Share on FacebookTweet on Twitter

At the far northern end of the Canadian Arctic Archipelago and along the shore of nearby Greenland, narrow Arctic Ocean channels between tightly spaced islands and headlands often hold thick, durable sea ice. Scientists have previously assumed sea ice will remain present in this area for longer into the future, even as it declines elsewhere, providing a refuge for ice-dependent animals such as polar bears.

But new study has found that this ice refuge is not as safe as previously assumed.

The Wandel Sea, the easternmost point of what is known as the “Last Ice Area,” hit a record low in sea ice concentration last August, and indications are that ice loss there will continue into the future, according to the study, published Thursday in the journal Communication Earth and Environment.

“With continued thinning, more frequent low summer sea ice events are expected. We suggest that the Last Ice Area, an important refuge for ice-dependent species, is less resilient to warming than previously thought,” said the study, led by scientists from the University of Washington’s Polar Science Center.

Signs of ice weakness in that region were readily apparent to members of the year-long MOSAiC Arctic expedition. When the Polarstern icebreaker was ferrying scientists north of Greenland last year, the ship’s captain expressed surprise at finding so much open water in the region. In an online post, he described the sea as “soft and easy to traverse” and the ice that existed there as “thin and porous.”

Melinda Webster, a research scientist at the University of Alaska Fairbanks who was on the ship at the time but was not involved with the UW-led study, said the weakness in the ice was striking.

“It was an area where I would have expected to see thick, old sea ice, what you read about in the literature,” said Webster, a sea ice specialist with UAF’s Geophysical Institute. Instead, the ice was thin, about what she would expect to see at the edge of the ice pack, and the ship passed quickly, albeit through a lot of fog, she said. “The amount of open water was what really got me.”

The newly published study used satellite data and modeling to examine why ice concentration fell to that record low. For the most part, the low concentration was attributed to seasonal weather conditions — largely unusual winds that broke apart the ice. But long-term warming also contributed to the low-concentration record, getting about 20 percent of the responsibility, according to the study’s calculations. That is significant, and shows that the Wandel Sea region may not be a safe harbor for summer ice in the future, the study said.

“Given the long-term thinning trend and strong interannual variability in atmospheric forcing, it seems reasonable to expect that summer sea ice conditions in the (Wandel Sea) will likely become more variable in the future,” it said.

There was a sign of change that emerged before the 2020 record-low concentration was reached, the study notes. In the spring of 2018, strong winds pushed ice away from coast and created a large polynya of open water, it said.

The “Last Ice Area” is important to a variety of Arctic species, including narwhals, ice-dependent seals and ivory gulls.

For polar bears, a species facing possible collapse in most of the Arctic if current carbon emissions trends continue, according to a 2020 study, the region would hold the last available habitat for a surviving population. Unless emissions are curbed, the archipelago’s Queen Charlotte Islands would be the only place safe from total reproductive failure by the late part of the 21st century, according to that study.

“Yes, as a human being and a parent I find it depressing of how we are changing the planet we are leaving to our children,” Schweiger said by email. “ But as a scientist, big changes like we are seeing, offer opportunities for learning about how the system works. . .and that ultimately benefits us too because it helps us to move in the right direction and also manage what can no longer be avoided.”

Schweiger was not on the Polarstern himself, but he was part of a MOSAiC-related project that predicted where the ship would drift.

For Webster, the study results are also a troubling sign of climate change — but also a call to action, including more scientific research.

“From a scientific perspective, it’s like, ‘Oh wow. This is a drastic change that’s happening pretty quickly,’” she said. That makes it important to understand, she said, “so we can know what’s ahead and know when it’s going to hit.”