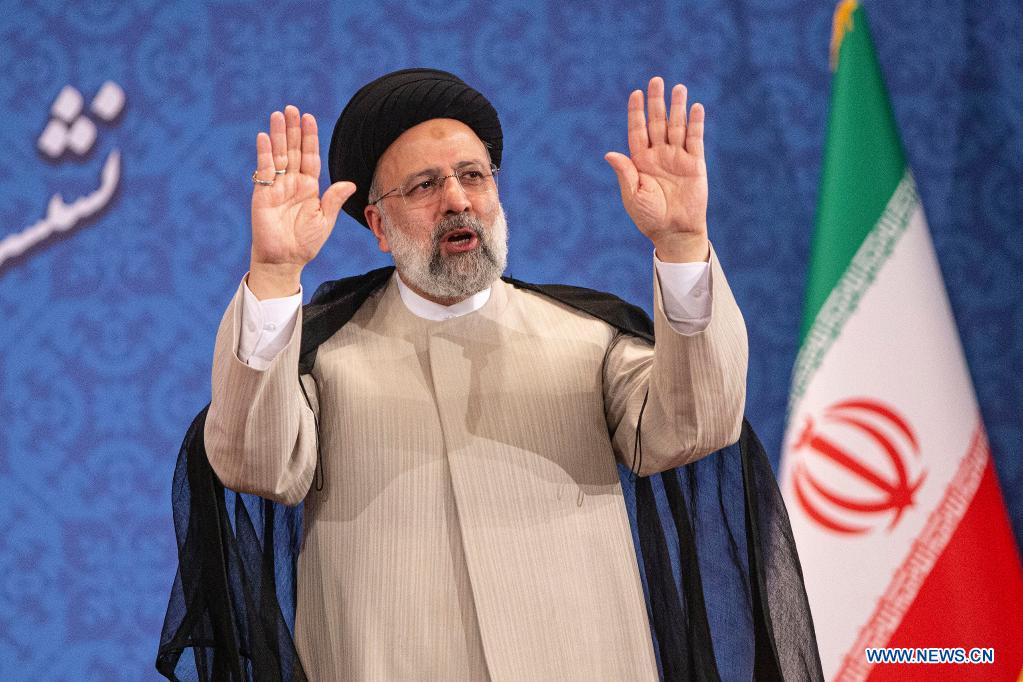 TEHRAN, June 21 (Xinhua) — Iran’s President-elect Ebrahim Raisi said on Monday that the United States must lift “all unjust sanctions” on Iran and Europe abide by their commitments under the 2015 nuclear agreement.

“What I am saying to the United States is that according to the nuclear deal, you were obliged to lift all sanctions and you did not. Go back and fulfill your commitments,” Raisi said when asked about his message to the United States and the European countries at his first press conference held after election.

Addressing European partners in the nuclear agreement, the Iranian president-elect said they should not succumb to the “pressures and foreign policies” of Washington but instead fulfill their commitments under the deal.

Iran, he noted, will negotiate neither its regional policies nor its national defense with foreign parties.

When asked whether he is ready to meet U.S. President Joe Biden in case all U.S. sanctions on Iran are cancelled and Iran’s demands are met, Raisi just said “no.”