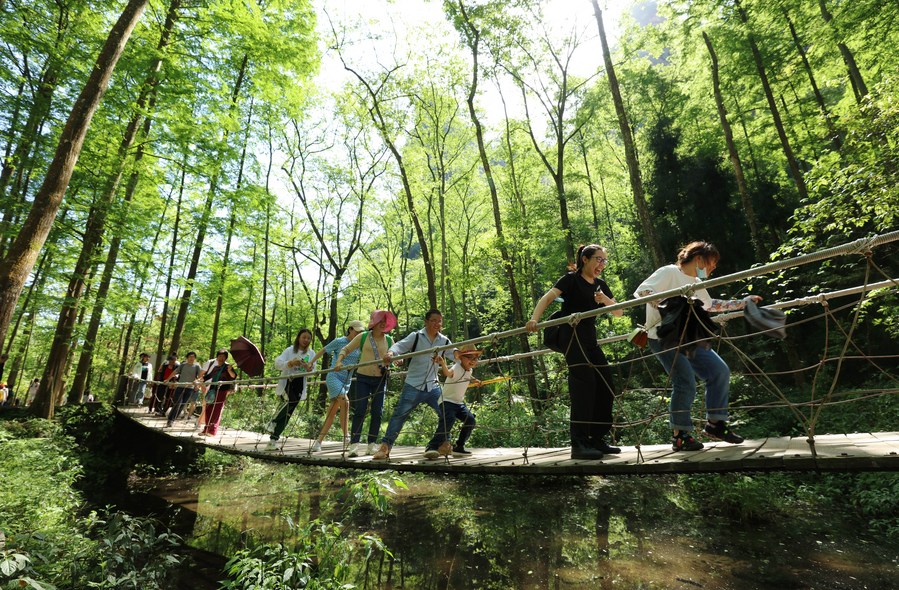 “The achievements of the Communist Party of China are not just for the people of China. They are as a beacon for people across the world,” CPB International Secretary John Foster told Xinhua in a recent interview via video link.

Foster said China’s accomplishments were striking during his several visits to the country in recent years, and he was particularly “amazed at many of the technological achievements in industries, from artificial intelligence to aeronautics to space.”

But the most important achievement is on the ground, Foster said, recalling “the villages and towns” he has visited in China where he saw how people’s living standards had been improved.

Foster said he was particularly impressed by how the goals outlined by the CPC during his visits have all been achieved, one after the other.

“The goal that was set for the previous year (2020) was the elimination of absolute poverty,” and it has been achieved in the context of COVID-19, he said.

Foster stressed that China’s ability to so effectively bring the pandemic under control is a testament to the country’s governing system and the role of the CPC.

“Because as we understand it, the ability of China to overcome the pandemic depends very much on the strength of the links between the Communist Party as a mass party organized in villages and towns with the mass of the people,” the senior official noted.

The CPC leads China “from a perspective of developing socialism in its own country and mutually beneficial relationships with other countries,” Foster added.

He said China’s dedication to the building of a community with a shared future for mankind is equally important, and some Western countries’ antagonism towards China is “unhelpful and very dangerous.”

Foster said he believes that for world peace and development, the “Beijing Initiative” adopted in 2017 at the CPC in Dialogue with World Political Parties High-Level Meeting is of great importance.

“We call on political parties around the world to join us in building world peace, contributing to global development and safeguarding the international order,” the initiative said.

The initiative calls for establishing mutually beneficial relationships built upon common interests and understanding while respecting differences, according to Foster.

During the meeting, Chinese President Xi Jinping proposed that political parties from different countries should explore the building of a new type of party-to-party relations that seeks to expand common ground while reserving differences and enhances mutual respect and mutual learning.

“It was innovative in so far as it brought together parties from across the world with differing political perspectives, not communist parties or socialist parties alone, but a whole range of parties,” Foster said.

He believes that Xi’s proposal “could bind countries together and develop a level of mutual understanding that has not previously existed.” Enditem