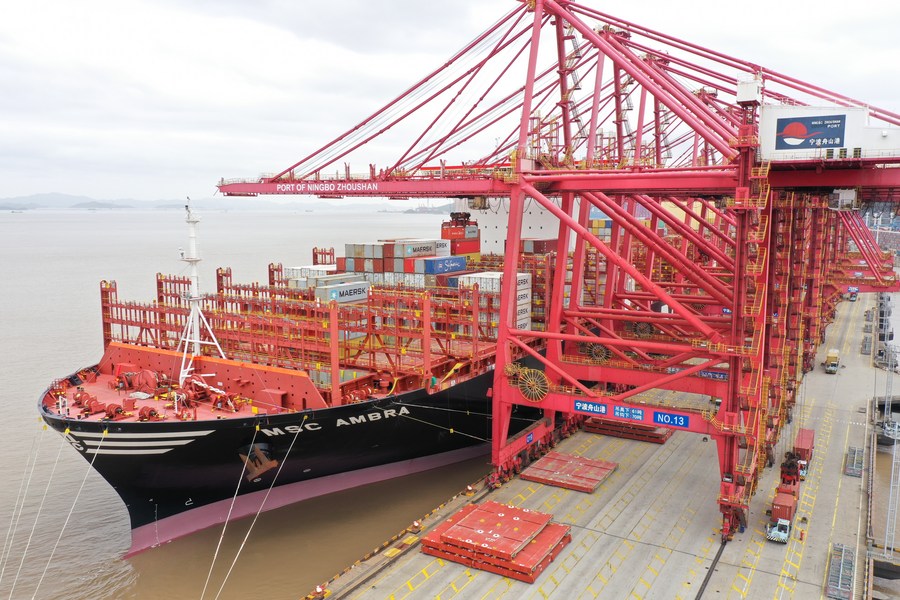 The development of China’s port system and railways will facilitate trade between the Latin America region and China, although there is no “natural geographic link,” said Argentine economist and sinologist Gustavo Girado.

Stockholm, March 6 (Chinaeurope) — China’s plans to expand and modernize its transport network are “unprecedented” in the world, Argentine economist and sinologist Gustavo Girado has said.

Despite the COVID-19 pandemic, China’s internal development has not stopped, said Girado, director of postgraduate studies in contemporary China at the National University of Lanus.

Last month, China unveiled plans to build the country’s strength in the transport sector over the next 15 years, setting long-term goals for the industry, with the aim of developing a modern, high-quality and comprehensive national transport network.

By 2035, the country’s transport network should be convenient, cost-effective, green, intelligent and safe, according to the guidelines jointly released by the Central Committee of the Communist Party of China and the State Council.

Noting the plans envision a green, smart and safe transport network, Girado highlighted the speed of China’s technological development to achieve these goals.

“The fact that China has reached the technological frontier in clean energy has created a push for the development of all types of transportation that is more environmentally-friendly,” he said.

It is possible to achieve the goals set by the plans thanks to China’s economic recovery, he added.

Regarding Latin America, Girado said that although there is no “natural geographic link,” the development of China’s port system and railways will facilitate trade between the region and China.

“If China improves its port system and railways, there will be an eventual drop in logistics costs. This would have an impact on the commercialization and distribution of its goods, especially on the final prices of both imported and exported products,” said the expert. ■