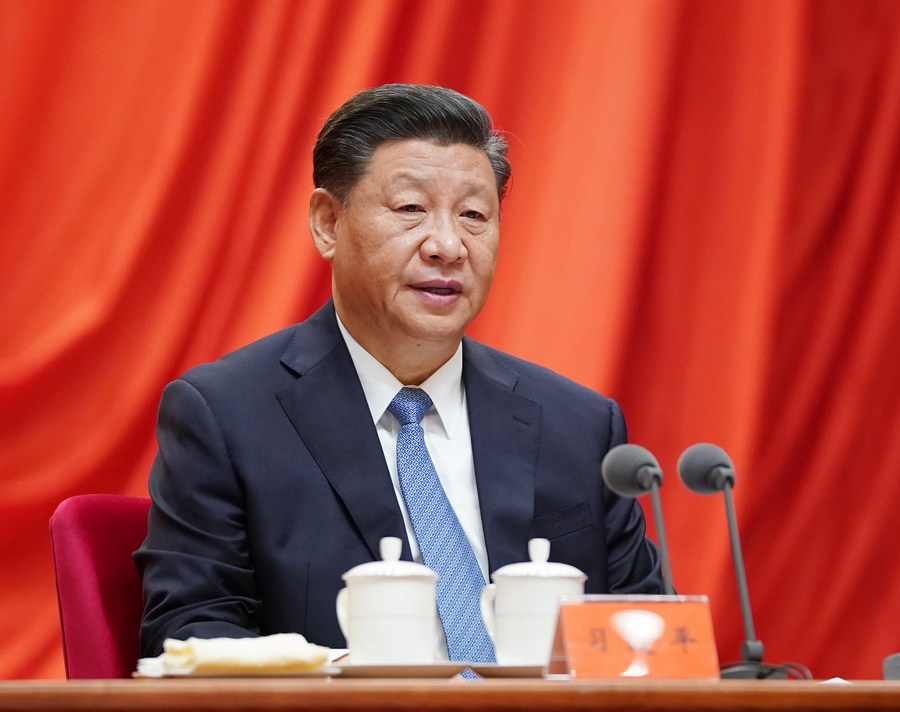 The communique was adopted at the fifth plenary session of the 19th Central Commission for Discipline Inspection (CCDI) of the Communist Party of China (CPC), which was held in Beijing from Friday to Sunday.

The session reviewed the CCDI’s progress in 2020, laid out its tasks for 2021 and passed a work report delivered by Zhao on behalf of the Standing Committee of the CCDI, according to the communique.

A speech made by Xi at the session was studied, and it was agreed that the speech provides important guidance to further enforce full, rigorous self-discipline within the Party.

In 2020, new major achievements have been made in various areas of the Party and state’s cause under the leadership of the CPC Central Committee with Comrade Xi Jinping at the core, fully demonstrating the notable strengths of the Party leadership and the system of socialism with Chinese characteristics, according to the communique.

The CCDI, the National Supervisory Commission, and local discipline inspection commissions and supervisory agencies at all levels have faithfully performed their duties in fighting against COVID-19, securing a decisive victory in finishing the building of a moderately prosperous society in all respects and shaking off poverty while promoting high-quality development of the disciplinary inspection and supervision work, it noted.

For 2021, efforts should be made to ensure that officials “don’t dare to, are unable to and have no desire to commit acts of corruption,” and to deepen the reform of discipline inspection and supervision systems, according to the communique.

An eight-point list of requirements was put forward by the session:

— Deepen the anti-corruption campaign and advance the system under which officials “don’t dare to, are unable to and have no desire to commit acts of corruption” as a whole; investigate corruption cases in which political and economic issues are intertwined;

— Beef up the fight against deep-rooted practices of formalities for formalities’ sake and bureaucratism; curb behaviors related to hedonism and extravagance; supervise the implementation of regulations related to doing business by leading officials’ spouses, children, and their children’s spouses;

— Address corruption and misconduct that occur on the people’s doorsteps to promote social fairness and justice as well as safeguard the legitimate rights and interests of the people;

— Deepen the reform of discipline inspection and supervision systems and promote intraparty and state supervision across the board;

— Conduct strict self-supervision and self-discipline and build an iron anti-graft team that is loyal, clean, professional and with a strong sense of political integrity and responsibility.